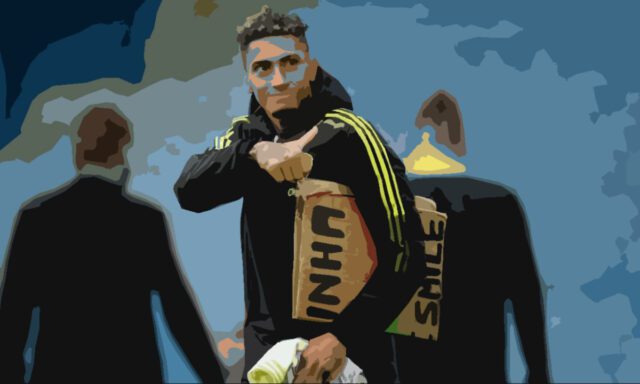 Leeds United are said to have turned down an initial £46 million proposal from Barcelona for Raphinha following their Premier League survival.

The Peacocks headed into the season’s final game in the bottom three, needing to better Burnley’s result to stay alive. However, a 2-1 victory against Brentford, along with the Clarets’ 2-1 loss at home to Newcastle, ensured Leeds’ survival. With another season of Premier League football to look forward to, Leeds knows they need to bolster their side and back Jesse Marsch in the summer. Indeed, work appears to be commencing promptly, with the club close to finalising a £24 million deal for Brenden Aaronson.

Jesse Marsch and co. on the other hand will almost certainly face a lot of interest in their own top players. To that end, Aston Villa are said to be stepping up their attempts to bring Kalvin Phillips to Villa Park. The most difficult problem Leeds will most likely face is retaining Brazilian superstar Raphinha. The winger has had a fantastic season, scoring 11 goals and adding three assists. He also scored on the last day, winning and converting the crucial penalty to give Leeds the lead as they went on to defeat Brentford.

He is, however, in high demand, with Barcelona making no secret of their desire to sign him. Raphinha has apparently already agreed to personal terms with Barca after expressing his desire to join them. Barcelona also made an opening bid for the 25-year-old earlier this month. According to UOL, their initial offer was for £46.47 million, with bonuses bringing the total to £55.27 million. That transaction would easily break Leeds’ club record, surpassing the £30 million paid for Rio Ferdinand in 2002.

They also claim that Leeds will demand a sum closer to £63 million. Raphinha has two years left on his contract, and while they hope to extend it, it appears that his heart is set on departing. However, if a bid is to be received, Barcelona must revert back and meet Leeds’ valuation. As a result, Leeds has every right to remain tight-lipped and only sell on their terms. Premier League football next season has helped the Peacocks hold all the aces over the transfer as relegation would have severely harmed their position. The onus is now on Barcelona to find a way to persuade Leeds to sell the winger.

Meanwhile, in the context of the club’s survival and the Raphinha transfer bid, chairman Andrea Radrizzani has made a commitment to the Leeds faithful. He admits that the 2021/22 season was not good enough and promises that preparations for next season are well beginning.

In a statement on the club’s official site, he stated: “We are naturally delighted to see the 2021/22 season come to a conclusion with Leeds United remaining in the Premier League.

“This has been a painful season for everyone, from the board to the fans in the stands, the changing room to the ticket office, it has been a battle.

“The campaign has been blighted by serious injuries to key players and having to make an unplanned managerial change was an incredibly tough decision. Staying in the Premier League was our objective this year and we’ve managed to obtain our top-flight status, but this is not success and improvements are needed. As a board we will work hard with Jesse Marsch this summer to improve the squad. We need to find a way to deliver the kind of performances you all deserve.

“We believe that with time and a full pre-season, Jesse will be the man to take this club forward. Your support for the team at Elland Road and at the 19 top-flight away grounds you have visited has been unrivalled and we can’t thank you enough. The hard work for the 2022/23 season is already underway.”