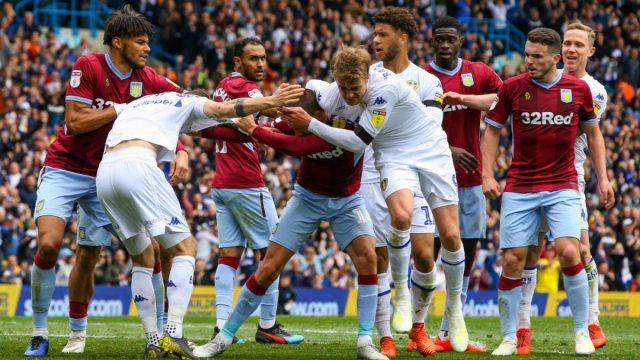 Aston Villa will strive to keep their 100% record in the ongoing 2020/21 Premier League season intact as they welcome Leeds United on Friday to Villa Park.

Dean Smith’s side has surprised many people with their start to this current campaign. Many pundits tipped them to struggle this season, but they are proving them wrong with their performances and results. The 7-2 defeat of Liverpool has made teams to take them more serious than they would have.

Meanwhile, Leeds have impressed with their brand of football under the enigmatic Marcelo Bielsa. His high pressing and possession based tactics has helped them a lot, especially in their games against Liverpool and Manchester City.

Let’s take a look at where the game might be won and lost on Friday:

The Chelsea loanee has started life at Villa Park on fire. His burst of pace from the midfield to shoot is reminiscent of Frank Lampard’s style of play. He will trouble the Leeds midfield and defense as he is on form with two goals from his past two matches.

Struijk will have his works cut out in trying to stop Barkley and at the same time initiate attack from the midfield. How he handles his step up from the central defense to the holding midfield role will say a lot, though, the position is not new to him.

Watkins has proven himself at the Championship level and he’s already doing well for Villa in this campaign. He has goals and pace to burn.

Koch has improved since the times he gave away two penalties. The German international is the only fit central defender and how he copes with the fast and crafty Watkins will help determine the outcome of the game.

The England International is very strong and fast on the ball, and his partnership with Ezri Konsa has been solid.

Though, Bamford didn’t score against Wolves, he will be looking to get one against Villa and how he will have to be at the top of his game to get pass Mings.

The Villa captain always drifts in from the left. He is creative and was the most fouled player last season. He creates chances with his style of play and he has eyes for goals as well.

Ayling has been one of the most consistent Leeds player. His overlapping runs to help the attack and trying to check Grealish will add more excitement to the game.

Though both players might likely be among the substitutes, they both will be vital coming into the game later.

Leeds United have increased their global appeal with their return to the Premier...

Leeds United have increased their global appeal with their return to...