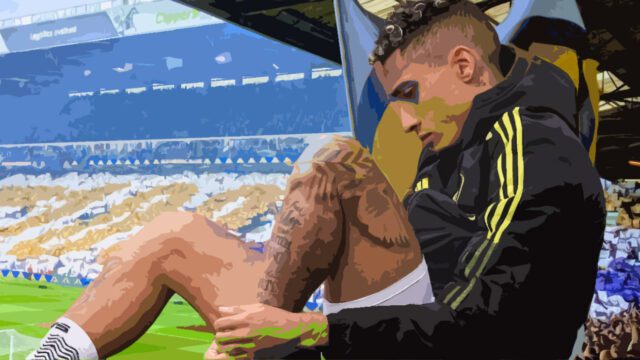 Barcelona may attempt to incorporate Oscar Mingueza and other young prospects in a summer move for Leeds United’s Raphinha. According to Sport, the Catalans are privately rooting for Leeds to be relegated on Sunday in order to avoid paying €40 million for the Brazilian. For weeks, it has been stated that Barcelona is interested in Raphinha and hopes to sign him for as little as €25 million this summer. He is worth much more, but he has a relegation release clause with Leeds if they are demoted back to the Championship worth around 25 million.

That won’t be decided until today, but even if Leeds stays up, Barcelona is still interested in a move since Raphinha is the player they’ve picked to strengthen the right-wing position, and he’s been consented by the manager Xavi. If Jesse Marsch’s team avoids relegation, Barcelona will have to renegotiate with them and the player’s agent, Deco, who has been meeting with those in charge for months to discuss his client’s future.

Leeds wants at least €40 million for their star player, but Barcelona will not pay that and will instead add a player in the negotiations to avoid the transfer reaching that amount.

The obvious possibility is Oscar Mingueza, who Leeds are reported to like and Barcelona aims to offload this summer. There is also the possibility of including other players from the current squad or the reserve team. Everything relies on what happens on the final day of the season, but if Leeds does manage to stay up, Barcelona has a plan to grab Raphinha for a reasonable price.

Since Raphinha’s departure looks inevitable, Victor Orta and Co. should be preparing for suitable replacements for next season irrespective of whether they play in the Premier League or go to the Championship. Orta’s track record for finding talents would come in handy for the Peacocks’ faithful who will certainly won’t want the Brazilian to leave Elland Road.