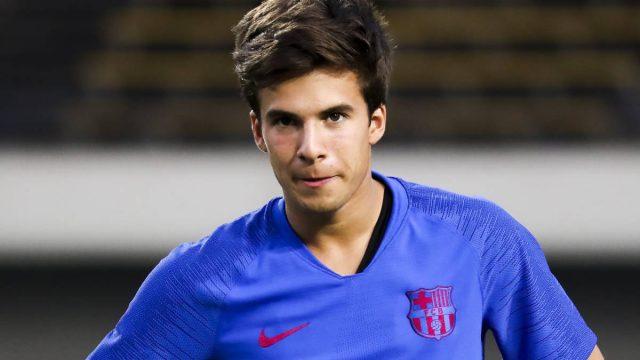 Riqui Puig is one of the most highly rated young midfielders in world football. Puig graduated from the renowned La Masia academy, however minutes have been hard to come by for the very talented young midfielder. Last season, Puig played just 500 minutes in La Liga and this season so far, Puig has made just 1 league appearance, coming as a substitute in the dying minutes of the game.

According to Spanish publication SPORT- Barcelona manager Ronald Koeman has told the Spanish midfielder to go out on loan to get first team minutes. According to reports in Spain, the Catalan giants want Puig to go on loan at Elland Road- to Premier League outfit Leeds United.

According to 90min, Puig’s agent has already contacted the club from Leeds to know if a move would be possible or not.

The young midfielder is sure to grow under one of the best tacticians in world football- Marcelo Bielsa. Moreover Puig’s game style is ideal for Bielsa’s possession based system at Leeds United.

According to us, this is an ideal move for the young midfielder. This is due to the fact that he will receive key first team minutes at Elland Road and will flourish under the Argentine manager. A move to the Premier League will also help Riqui Puig to improve the physical aspect of his game.

Not only for the player, this move could be ideal for Leeds as well. Puig is a very talented midfielder, who was one tipped to be Xavi’s heir at Camp Nou. Puig has amazing creativity and composure on the ball and the whites will certainly benefit from signing Puig. Adding Puig to an already strong looking midfield comprising of another highly impressive young midfielder- Kalvin Phillips would make Leeds a formidable force in the Premier League.

This move is one which Leeds fans and admirers of Riqui Puig should look forward to!