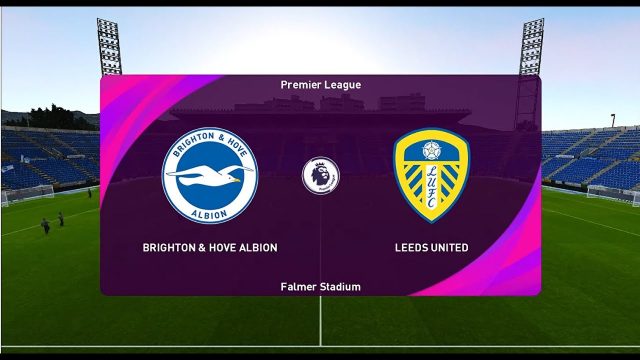 Matchweek 34 of the Premier League sees two of the most entertaining sides come up against each other. Ninth-placed Leeds United will come up against Brighton & Hove Albion, who are just outside the relegation zone.

In the return fixture, it was the Seagulls who prevailed, with Neal Maupay’s first-half goal proving enough to overcome Leeds’ constant pressure.

Adam Lallana’s injury concerns have reappeared, with him picking up a bit of a calf strain. Manager, Graham Potter said that he would be assessed ahead of Saturday to see if he was ready. Lallana’s transformation into a central midfielder has been key to this Brighton side, so him missing out could be costly.

Striker, Percy Tau has returned to training and will be in contention for the game, although unlikely to be picked. Solly March and Tariq Lamptey have already been ruled out for the rest of the season. The only positive news for Brighton is that Ben White will be available for selection after serving his suspension.

Marcelo Bielsa, in his pre-match press conference, gave us an update on two of Leeds United’s forwards. Firstly, Rodrigo has returned to training, however, this doesn’t guarantee him a place in the starting XI, as he may not be match fit yet. Secondly, Brazilian winger, Raphinha, is in the final stages of his recovery, but will not be available for Saturday.

After back-to-back goalless draws against Everton and Chelsea respectively, Brighton fell to bottom-placed Sheffield United when David McGoldrick netted early to give the Blades a win. Although Brighton dominated possession and created 17 chances at Bramall Lane, they still couldn’t get a result. Something we’ve seen a lot of this season.

Their last three matches have been against Manchester City, Liverpool, and Manchester United. They’ve picked up 5 points in these three extremely challenging clashes which is impressive, to say the least. However, Leeds will now want to push for wins as their hopes of playing European football aren’t dead yet.