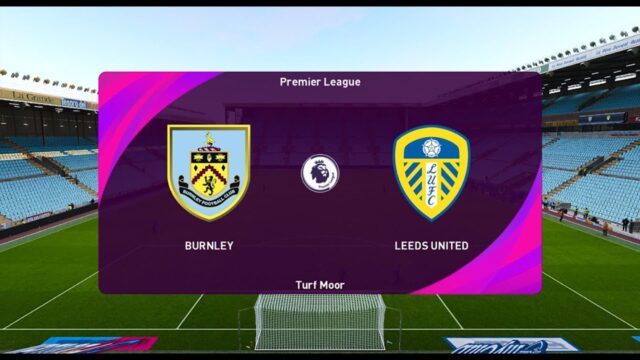 An in-form Leeds United travel to Turf Moor to face off against Burnley in a Saturday afternoon encounter.

Burnley are now officially safe from the relegation zone after all of the three relegated teams were confirmed last week. Sean Dyche’s side will be playing with much more ease this week.

It’s the first time in Premier League history that all three relegation spots have been determined with three games remaining in the season. Burnley will now relax ahead of games against Leeds United and Liverpool at Turf Moor, before finishing the season away at Sheffield United.

Leeds United on the other hand are also in a good form. They moved up to the top half of the league table in 10th after beating Tottenham Hotspur 3-1 last week. They have also enjoyed draws against Manchester United and Liverpool in the past few weeks and also, a win against Manchester City, but somehow ended up losing against Brighton 2-0.

Marcelo Bielsa’s side also won this season’s reverse fixture 1-0 at Elland Road with a Patrick Bamford penalty and will be aiming to do the double against The Clarets since the 2011-12 Championship campaign.

Now that Burnley have secured their safety, Sean Dyche may be tempted to give some fringe players a chance in the final few games of the season. Dyche could opt to rotate his side slightly, which may see the likes of Ashley Barnes, James Rodriguez, and Johann Berg Gudmundsson recalled.

Burnley’s only absentees for Saturday’s match against Leeds are Kevin Long and Robbie Brady.

Meanwhile, Leeds United side will have to assess the situation of Liam Cooper before the Saturday kickoff even though he has returned to full training. There are high chances that Pascal Struijk is set to keep his place in the starting lineup for the fixture against the Clarets.

In Leeds’ 3-1 victory over Tottenham last weekend, Raphinha and Kalvin Phillips returned from injury as substitutes. Robin Koch performed admirably in Phillips’ place but is expected to be dropped from the starting lineup, although Raphinha and Rodrigo are both pushing for recalls.

Meanwhile, Adam Forshaw, Joe Gelhardt, and Helder Costa are all out, with the latter being ruled out before pre-season.