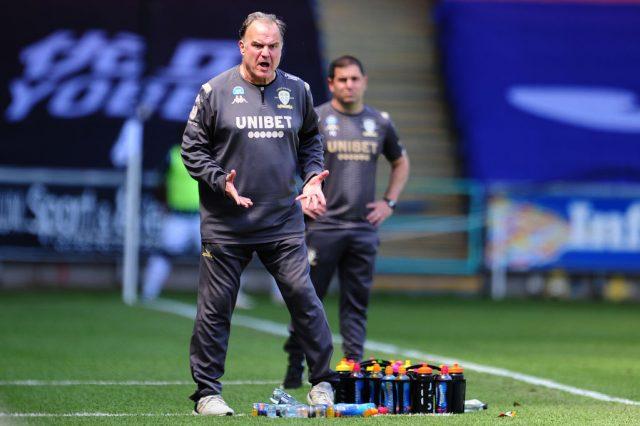 The Whites secured an important 1-0 win against Swansea City with a 89th minute Pablo Hernandez winner. The Spanish midfielder came off the bench and found the bottom left corner in the 89th minute.

Leeds have been away from the English top flight since 2004 and it finally looks like they are on their way to the Premier League. Bielsa’s side face Barnsley, Derby County and Charlton Athletic in their final three games and require at least four points to secure the Championship.

Speaking after the game, Leeds’ manager Marcelo Bielsa said, “What we feel is we are more relaxed, more light, because we are giving the steps that we had to.”

“Of course, when you score at the end of the match it’s a higher feeling, emotion. When the match progressed our possibilities were growing and in the last 30 minutes I think we deserved to impose to score and get the difference we got at the end. I cannot enjoy this, what you feel is that you are giving a step forward. The only thing I can enjoy is the last objective if we get it.”

Bielsea’s side face Barnsley on Elland Road on Thursday before travelling to Derby on Sunday.