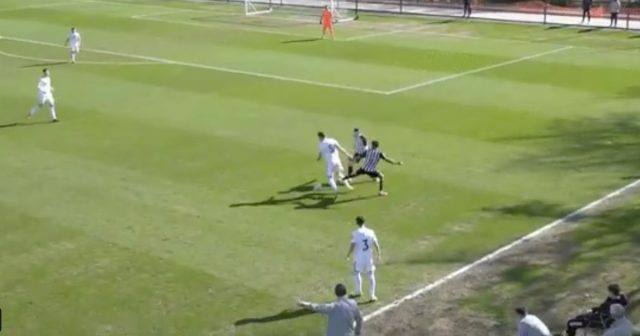 Leeds United U-23 side are 16 points clear on top of the Premier League 2. Division 2 table. In their recent 2-1 win against the Newcastle United U-23, their centre-back Charlie Cresswell caught the eyes of multiple watchers.

He is known for his ball-playing ability and the game against Newcastle was further evidence of the same. Here’s an incredible clip of him absolutely skinning two opposition players with his quick feet and spatial awareness.

The 18-year-old English defender has made 18 appearances for the U-23 side this season and has also made his first appearance for the senior team earlier this season against Hull City in the second round of the EFL Cup. Although Leeds didn’t progress further in the competition, it still must have been an honour for him to make his debut.

Given his skill on the ball as well as being a solid and reliable defender, it wouldn’t be surprising to see him feature more often for the first team next year. He has featured on the bench in the Premier League 7 times, and stepping on to the pitch will be his next aim.

Leeds United manager, Marcelo Bielsa has proven to be open to giving younger players the opportunity to grow from the academy and then eventually feature on a regular basis for the first team in the Premier League. Some of the perfect examples of this are the likes of Jamie Shackleton, Leif Davis, and even stars like Kalvin Phillips and Jack Harrison.