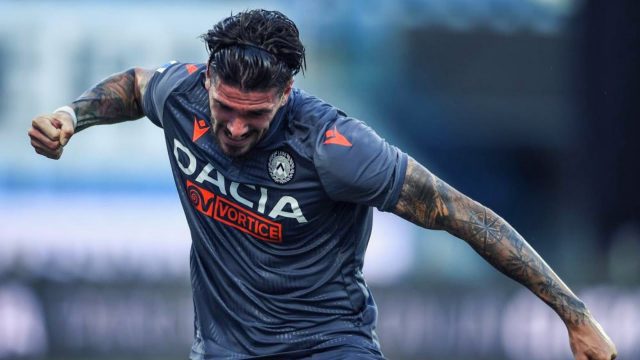 Rodrigo De Paul is on the radar of some of the top clubs in Europe. Udinese has currently opened the door and it’s very likely that Rodrigo could depart in the summer. Liverpool and Leeds United are the two teams that have been heavily linked with him.

The 26-year-old Argentinian was very close to signing for Leeds United after they had just returned to top-flight English football. It seems that Liverpool has also joined the race to land Rodrigo De Paul as it would give them further options in the midfield and also prove a possible replacement if Gini Wijnaldum is to leave the club.

Leeds boss Marcelo Bielsa is a big admirer of the versatile midfielder and everyone who knows him reflects the same thoughts.

Pasquale Mariano who is the sporting director of Udinese also said, “De Paul has characteristics that many top clubs in Europe are missing.”

MUST READ: Can Leeds United cope without Patrick Bamford?

Ever since his move to Udinese in 2016, De Paul has scored 30 goals. Rodrigo has a certain tenacity to his game where he fights hard for every ball and can produce some silky skills when the need arises. His work ethic and ability to go past players with certain ease is something that fits perfectly with the Bielsa brand of football. Rodrigo de Paul has scored 5 goals and provided 1 assist in 20 matches so far but he gives the team so much more than an opportunity to get on the attack.

His defensive work rate as well as the ability to spray those long balls whenever required is an asset for any team and helps make the play that little more unpredictable for the opposition.

Ever since Bielsa has brought Leeds to the top flight of English football they have been really busy in the transfer market and have brought some exciting talent to the club.