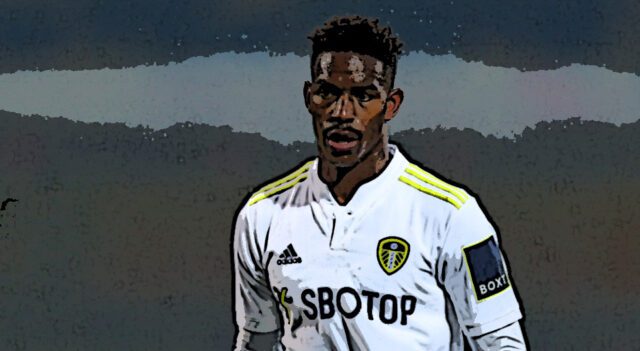 Puerto Malagueno of Spain will receive €5,093.57 after a court ruled in their favour in the case of Leeds United defender Junior Firpo. That’s according to Diario Sur, who reports on the local Spanish side’s success over training rights for the full-back. According to them, Puerto Malagueno were owed €5,093.57 after Firpo was registered by former club Real Betis, who he joined in 2014 before moving on to Barcelona and then Leeds.

However, the Spanish football federation, the RFEF, refused to pay them, forcing them to seek a judicial settlement, which they have now obtained. It is explained that Puerto Malagueno sought reimbursement for the training of Firpo, who joined the club at the age of 17 in 2013-14 and played in the Juvenil División de Honor League that season.

That meant they were entitled to a percentage of his training rights under a FIFA policy designed to protect smaller clubs, but the RFEF ‘refused to pay,’ claiming the defender’s licence had been ‘annulled.’ As a result, they brought the case to court and, with the help of Pro Liga, an organisation that protects the rights of lower league clubs, secured the right to be paid.

Firpo has settled in well with the Peacocks’ with the club fighting relegation this season. The Peacocks drew with Brighton & Hove Albion in their penultimate fixture of the season which further reduced Leeds United’s chances of surviving in the Premier League next season. If Burnley are to lose their remaining two fixtures, Jesse Marsch’s men will miraculously escape the relegation zone and be in the top flight next season.