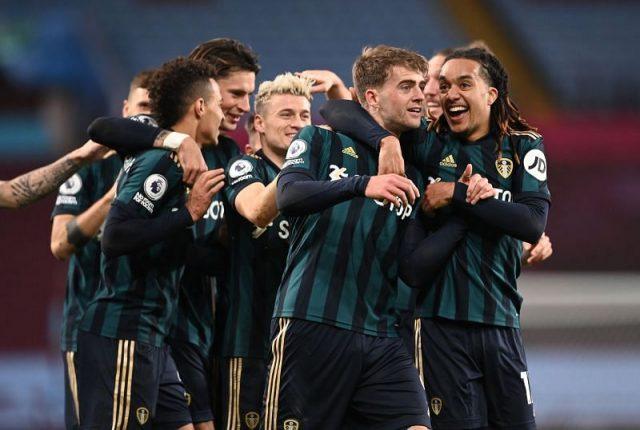 Leeds United visits Selhurst Park on Saturday afternoon to take on Crystal Palace for the first time since 2013 both sides last met.

Leeds United are still missing Kalvin Phillips and Adam Forshaw to injury, while Rodrigo Moreno is still absent as he is still under self-isolation, having come in contact with a COVID-19 carrier. Diego Llorente and Raphinha remain doubtful, but they could still make it if they pass late fitness test. Pascal Struijk may replace Shackleton in the starting lineup as he found it hard to cope against Leicester City.

Patrick Bamford will look to regain his scoring form after missing out on goal against Leicester City. He is their talisman will the six goals. Though Rodrigo will be missed as it was evident in the last game against Wolves, Pablo Hernandez might take his place with his creativity behind Bamford.

Leeds defense line will have to be at their best in stopping Crystal Palace attack. Robin Koch and Liam Cooper found it hard to cope with Harvey Barnes and Jamie Vardy’s pace against Leicester, and Crystal Palace play on the counter most of the time.

On the other hand, Crystal Palace go into the weekend’s match against Leeds without its captain Luka Milivojevic.

The defensive midfielder was given a straight red card for a challenge on Joao Moutinho in the last game against Wolves, which has ruled him out of this weekend’s game.

Roy Hodgson was angry that they lost the appeal to overturn the red card and he declared it as “gross injustice” in his pre-match conference.

Jordan Ayew made his return from COVID-19 against Wolves, while Jack Butland is also back in training. James McArthur will replace Milivojevic who will start his three games ban this weekend. Ebere Eze, Wilfred Zaha and Andros Townsend are all available, and will give the Leeds defense a strong test.