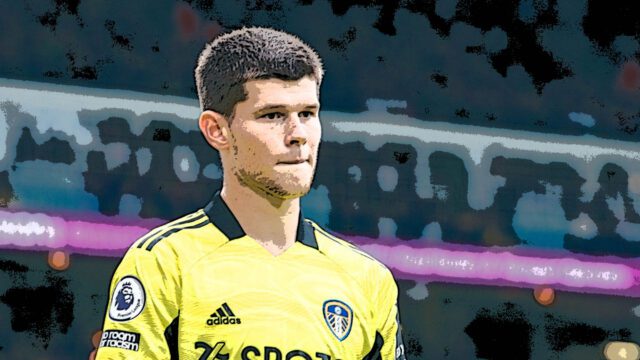 Former Leeds United full-back Danny Mills has backed Illan Meslier to sign a new contract this summer at Elland Road. Meslier who arrived from Lorient in 2020 on a contract running up to 2026 appears to have cemented his place as the starting goalkeeper for years to come. The French international has kept 25 clean sheets in 84 appearances for the Peacocks and also has 4 caps for the France U-21 team. In a recent interaction with the media, Jesse Marsch claimed that the goalkeeper has “a huge career” ahead of him.

Danny Mills, the fullback who made 129 appearances for Leeds United before moving to a punditry job at talkSPORT, spoke to Football Insider on Meslier’s future, “He’s a good young goalkeeper. He’s clearly improving all the time. There’s no thought of replacing him whatsoever. If you give him a longer-term contract he retains his value too. Extending it by a year or two, why wouldn’t you? That makes perfect sense. With his age profile and the ability that he’s got, without a doubt extend his deal.”

Despite his young age, Meslier is already a capable player and it would be prudent for Leeds to keep him for as long as possible to fend off potential suitors as Jesse Marsch seeks to construct a squad around key players. The American coach certainly wants the younger players in the squad to step up and create a team with a perfect blend of experience and youth.

In 34 Premier League appearances this season, the French international has a 6.89 rating and has made an average of 3.7 saves per game (Sofascore). The 22-year-old also has made the most saves in the Premier League this season(127).

Meslier, who was dubbed ‘calm under pressure’ by journalist Graham Smyth after a great performance against Leicester City, has previously been linked with a move to Manchester United, so Leeds owner Andrea Radrizzani would be wise to lock down his young goalkeeper.