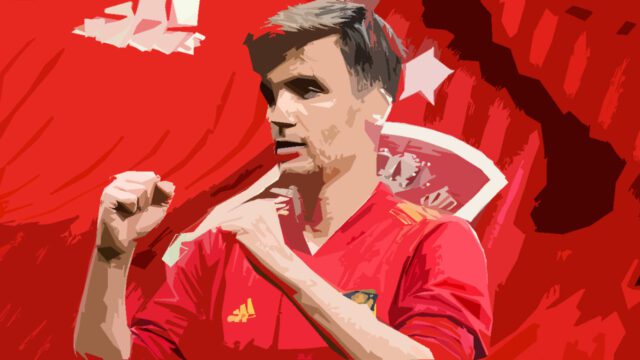 Leeds United had to dig deep to secure their Premier League status, and despite their season round abstruse defensive problems at Elland Road – one man stood out time and time again, be it putting in those last grace tackles or getting those crucial touches from a dead ball – Diego Llorente was at it to close down the season on a high.

His performances are rewarded by a call-up for Spain for their upcoming UEFA Nations League fixtures against Portugal followed by Czech Republic next month.

Manchester City’s French-born defender Aymeric Laporte was initially called up by La Roja manager Luis Enrique although he was forced to withdraw from the squad with an injury and Diego Llorente was called up to take up his place in the squad next month.

Selección Española de Fútbol’s official website on Wednesday confirmed Enrique’s decision to call Diego up, who will join his national teammates for training at the Ciudad del Fútbol on May 30th.

Diego Llorente was among the names called up by Luis Enrique for the European championship last summer – although he finished the summer without making an appearance and then he wasn’t looked at for the majority of the last year.

Now, Llorente finally has his chance to make his place in Enrique’s long term plans, especially with World Cup right around the corner.