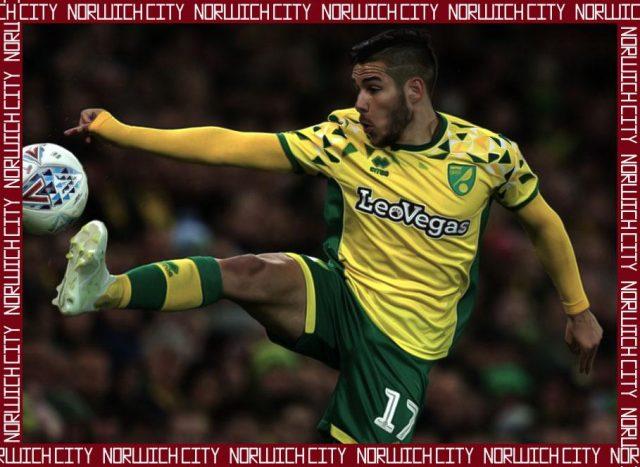 Norwich City midfielder Emiliano Buendia says he is willing to return to the Premier League, adding that the club are aware of his intentions.

The Argentine was part of the Canaries squad who suffered relegation back into the Sky Bet Championship after just one season in the top-flight. Daily Mail reported back in August that Leeds United have enquired about the possibility of signing the 23-year-old this summer with Norwich demanding at least £25 million for the player.

Buendia only joined Daniel Farke’s team in the summer of 2018 and was the manager’s first signing that summer. However, he is willing to depart the Carrow Road this summer should an offer be received for him.

“From the first day I have been happy with the relationship with them,” the Argentine told the PA newswire. “They understand my situation and they know my dream is to be in a Premier League team. I’m still here, I will fight for the team but if a very good offer for me arrives they are open. We’ll decide what’s best for everyone. Me and my family have loved the city since we arrived but I want to play in the best league in the world and would like to stay in a Premier League team.”

Considering his performances during their season in the Premier League, the attacking midfielder could be a vital addition to Marcelo Bielsa’s side, who marked their return to the English top flight with an exciting 3-4 loss to Liverpool at Anfield.

Buendia was involved in eight goals in 37 appearances in the Premier League last season, scoring once and assisting a further seven. The Whites are also linked with a move for Udinese midfielder Rodrigo de Paul, with some Italian outlets claiming personal terms between the player and Leeds has already been agreed.