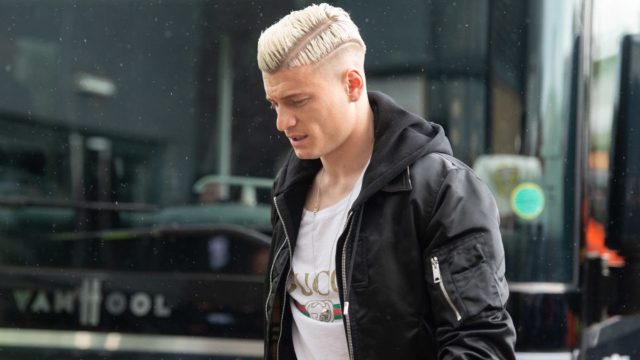 Ezgjan Alioski’s contract with Leeds United is set to run its course cometh next month, and he’d be a free agent at that point.

With his contract expiring, Leeds did offer the 29-year-old a contract extension several months back though they haven’t heard back from the North Macedonia international and seemed to have accepted that he’d be departing at the end of the ongoing campaign.

Despite fade future at the club, Ezgjan Alioski still is a regular in Marcelo Bielsa’s side making 32 league appearances this term.

There were reports that Napoli were looking at Alioski to replace the outgoing Faouzi Ghoulam. But looks like a flight to Italy is too far as it appears the 29-year-old already has an agreement in place with Galatasaray and will move to Istanbul when his contract at Elland Road expires. That is according to FotoMaç, who claims Alioski has asked Galatasaray not to make the transfer official just yet.

Ezgjan Alioski has reached a pre-agreement with Galatasaray and is waiting for the conclusion of the ongoing campaign to announce the deal. That is because he fears making Leeds faithful angry over the move, with the fans, himself, and the club’s hierarchy grown frustrated about the North Macedonian’s contract situation.

The report states that Ezgjan rejected Leeds’ offer for being too low, which is why he has decided to accept what the Turkish giants put on the table.

Well, looks like he is on his way to Turkey and will finally end the months saga as the season concludes.