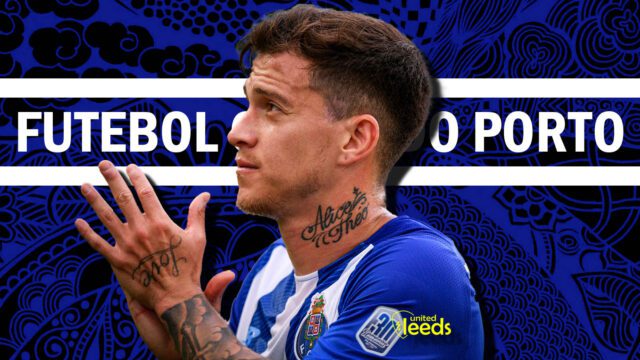 A period of upheaval awaits Leeds United this summer. With a club set to lose two key players in Kalvin Phillips and Raphinha, Jesse Marsch’s side is expected to undergo a period of transition with the team likely to welcome a handful of new additions ahead of the upcoming campaign. Having already secured three targets – awaiting the imminent departures of key players – Leeds are expected to explore the market for talented replacements, with FC Porto’s 27-year-old midfielder Otavio having emerged as a key target for the club.

A genuine interest in securing Otavio’s services saw Leeds, reportedly, submit a bit of €30m earlier this week. However, according to reports in Portugal, FC Porto are said to have rejected the offer, with the club likely to consider a bid ranging in the region of €40m. While Leeds remain one amongst several Premier League clubs interested in the midfielder’s services, the Whites’ interest is said to be concrete with them, reportedly, likely to submit a new offer; meeting FC Porto’s valuation for the player.

Having already shown a sense of proactiveness in the market, Leeds will be keen on securing their priority targets in a bid to have a comparably fruitful season, this time around. With Marsch having successfully guided the team in avoiding relegation despite an injury crisis last season, the club is expected to back the manager, with Otavio likely to emerge as a statement signing as Leeds prepare for a new dawn under Marsch’s first full season with the club this August.

Although primarily on the right-hand side of the midfield, Otavio boasts incredible versatility in being able to slot in across various positions behind the striker. Having registered his most fruitful season with FC Porto last term – scoring five goals and assisting 14 across all competitions – the midfielder, unsurprisingly, attracted the interest of several clubs, with the names of Manchester United, Liverpool, Newcastle United, and Aston Villa reported to previously explored his signing.

While not an out-an-out replacement to Raphinha, the 27-year-old Portuguese international possesses the attributes capable of supplementing March’s identity for the team next season. Regarded as being at his best higher up the pitch, the midfielder’s eye for a pass alongside his willingness to combine with his teammates makes him a threat in possession across the attacking third. Moreover, boasting envious creativity – 95th percentile for shot-creating actions – alongside excellent work rate without possession – 99th percentile for pressures and tackles – the midfielder establishes himself as a satisfying candidate to slot into Leeds’ midfield next season.

With Leeds United likely to undergo a transformation considering the expected departures of Phillips and Raphinha this summer, Otavio emerges as a player capable of making an instant impact under Marsch’s tutelage in the upcoming campaign. Having gradually risen through the ranks at Porto, the midfielder is expected to make an ambitious move to the Premier League, although his arrival is likely to depend on Raphinha’s transfer valuation this summer.