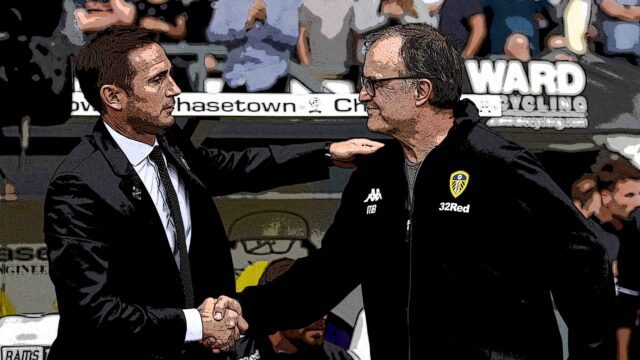 Leeds United manager Marcelo Bielsa has been facing recurring pressure throughout the season as the Whites haven’t been able to climb up the points table. Bielsa has been under the limelight as Leeds faced three successive losses for the first time this season.

Leeds gave a tough fight and were narrowly beaten 3-2 by Chelsea before they lost to Manchester City by a big margin of 7-0, and against faced a humiliating defeat of 4-1 against Arsenal, which leaves them in 15th, just five points above the relegation zone. Another keen point to note is that Norwich City, Watford, Southampton, and Burnley, who are all currently sitting below Leeds in the Premier League table, have at least one game in hand which was postponed due to the recent Covid-19 outbreak in the UK.

If Leeds loses on Boxing Day, they would drop very close to the bottom three and Bielsa would be scrutinized even further before the home gamer against Aston Villa. It seems like the Argentine manager has the White’s backing even after the recent defeats, but a number of coaches have been linked to the job if Marcelo Bielsa does decide to depart from the club.

Betfair label Frank Lampard as the favorite to be the next Leeds manager in case things go further south at Elland Road. The 43-year-old has been without a job since he was sacked at Chelsea in January and he has also previously managed Derby County during the 2018/19 season.

In his time at Pride Park when he was managing Derby County, Lampard was involved in some tasty clashes on and off the pitch with Leeds United, including the ‘spy-gate’ saga, which sparked plenty of controversy across the Championship.