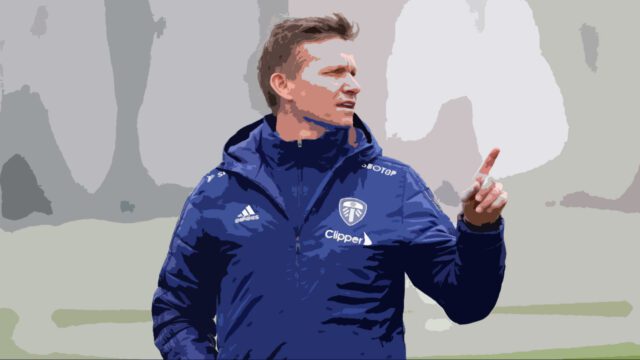 Frank McAvennie, the former Scotland striker, has expressed concern about Leeds United’s Premier League future ahead of their vital final four games in the Premier League. The Peacocks are now 17th in the league with the games against Arsenal, Chelsea, Brighton and Brentford on the horizon. Jesse Marsch’s side lost captain Liam Cooper and star defender Stuart Dallas to injury after a humiliating 4-0 defeat at the hands of title-chasing Manchester City at Elland Road.

After appearing to be out of the woods recently, Leeds appears to be back in the midst of a relegation battle, and McAvennie has weighed in on the situation. The former BBC Sport pundit told Football Insider that the situation and the approaching schedule appear to be difficult to overcome. McAvennie said, “It’s a horrible run and it’s right when you don’t want it. This manager has no experience of this situation but it wasn’t working with Bielsa so the result would probably be the same. I mean, look at Everton and Burnley, Burnley especially are causing a lot of problems. I’m not sure Leeds will get anything from these games so they might go into the last two games of the season needing six points. I’m worried for them. I don’t want Leeds to go down because they are great to have in the Premier League but I am worried.”

The Leeds United fans would also agree with the former Scottish striker with their side’s hope of surviving in the Premier League slowly diminishing with Burnley and Everton putting on some pressure on the Peacocks. Following an initial upturn in fortunes under Marsch, Leeds have picked up only one win in their previous four league outings, putting their remaining fixtures in peril.

The Peacocks’ away record has outpaced their home record so far this season, which appears to be crucial in their survival bid. If the Yorkshire club is to stay in the Premier League next season, Marsch will have to improve the home performances in order to tap into the Elland Road faithful for the games against Chelsea and Brighton.

Whatever happens, Leeds United’s most recent injury setbacks represent a small part of the problems they’ve had this season, and they’ll almost certainly spend heavily in the transfer market this summer to avoid repeating the same mistakes next season.