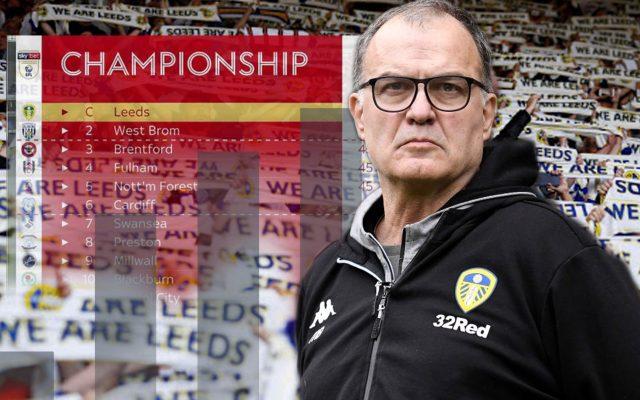 It’s official, after 16 years of playing in the lower tiers of English football Leeds United are back in the Premier League.

But how have they achieved this milestone? We at United Leeds will discuss this achievement in detail:

In 2007, Leeds United underwent administration just seven years after appearing in UEFA Cup (Now Europa League) and UEFA Champions League semifinals in two consecutive seasons. At the time owing to their massive success in Europe, it was looking more likely that Leeds were the team to challenge Manchester United and Arsenal for the Premier League title.

The then chairman of The Whites Peter Ridsdale saw this opportunity and borrowed £60m for signing big name players. He hoped to pay this loan against future gate receipts, effectively gambling on Leeds qualifying for the Champions League in successive seasons. But failure of Leeds to qualify for the Europe’s elite competition left his ambitions in taters. Due to this massive gamble the club accumulated huge debts even selling their stars for heavy fees and the final nail in the coffin was their relegation in 2004.

Despite ownership changes, the debts caused the club enter administration on 4th May 2007 and the points penalty sent them crashing down to League One.

Elland Road had witnessed some of the greatest teams and their players right from Paolo Maldini’s AC Milan to Rivaldo’s FC Barcelona play against Leeds United. But now the fans of The Peacocks were witnessing their beloved team play against teams like Stockport County and Southend United resulting in the number of spectators in the stadium almost reduced to half of the original.

They achieved the promotion to The Championship in 2010 but they were consistently a mid-tabled side. But every Leeds fan had the belief that they can achieve promotion to Premier League with the right personal at the helm.

Multiple changes in team ownership brought signs of promises but even then the promotion looked far ahead. And finally Italian businessman Andrea Radrizzani announced a 100% buyout of Leeds United, buying the remaining 50% shares from previous co-owner Massimo Cellino, with Radrizzani taking full ownership of the club it looked like the dream was becoming a reality.

THE ARRIVAL OF A CERTAIN MARCELO BIELSA

In 2018, Argentine manager Marcelo Bielsa was named the club’s new manager, signing a two-year contract with an option of a third year. His CV in management included spells at Athletic Bilbao, Marseille and Argentina National Team.

On multiple ocassions Pep Guardiola, Mauricio Pochettino and Diego Simeone have lauded his ability in management. Pep has said,

“He’s the best coach in the world. My admiration for Marcelo Bielsa is huge because he makes the players much, much better. Still, I didn’t meet one guy, a former player from Marcelo Biesla who speaks no good about him. They are grateful about his influence on their careers in football.”

Bielsa’s signature formation in his squads which he made famous and brought to the front of the world’s mainstream football scene during his coaching tenures in with the Argentina and Chile national teams and Marseille – is the 3–3–3–1 formation.

His teams often have high possession of the ball with players being asked to press at high intensity while retrieving the ball back from the opposition, they flood to wings and launch ferocious counter attacks.

The heart of the team revolves around the defensive midfielder and a play-maker who rarely defends and is the chief creator while the team is attacking, this coupled with a solid back three who have the ability to pass from the back are some of the characteristics often seen in a Bielsa team. Perfecting the Bielsa system takes hours and hours of physical and mental preparation.

In 2018-19 Leeds United blew their chance for a direct qualification and were dumped out of the playoffs by Frank Lampard’s Derby County. However, Bielsa tried once again and this time they achieved their target.

In 19-20, their attacking prowess blew most of the opponents. They took a monstrous 16.5 shots per game the best in the league while also dominating the opposition in possession stats too. Even while defending The Whites were a difficult team to cut through with only Barnsley and Birmingham completing more tackles and interceptions.

Bielsa’s tactics do not always yield the required result with the team’s form often fluctuating as seen in 18-19 campaign. But this year Leeds United have managed to grind out results when it mattered the most.

Now after achieving the long awaited promotion Leeds United can start to prepare for the Premier League. Sheffield United have shown this year that teams with unorthodox style can achieve excellent success and there is no doubt that Bielsa can do the same.

The first thing that The Peacocks need to do is to sought out the contract situation of Marcelo Bielsa. Next they need to make some changes in the squad to suit the requirements of Premier League. The challenge of Premier League Football is difficult but with the right personal under Bielsa’ tutelage they can do very well in the upcoming campaign.

The story of Leeds United is one to remember, after all the years of hardwork sacrifice they have put in, they have achieved this long awaited promotion with the help of a manager who took over a mid-table team convert them into the best team in Championship. His masterful coaching has allowed them to unlock their true potential from a side struggling to win games. It is fitting that the man they call “El Loco” has led them back to the Premier League.