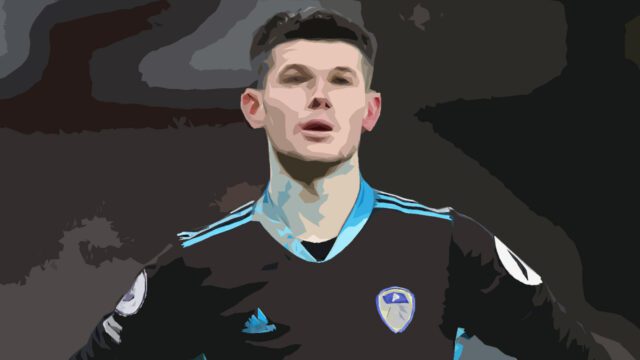 Leeds United goalkeeper Illan Meslier has signed a new contract at which will keep him at the club till the summer of 2026.

Illan Meslier has been phenomenal for the Whites ever after gaining the first-team spot in a dramatic fashion. The 21-year-old was handed the gloves after the then number 1 choice goalkeeper Kiko Casilla was handed a ban by the football authorities after pointing a racist slur at an opposition player during a match.

This brought a new chance for Meslier who cemented his spot following brilliant performances. Illan who joined Leeds United on loan from the French club Lorient in 2019 was an integral part of the squad which saw its comeback to the Premier League in 2020.

Illan Meslier made a permanent switch to Leeds United last summer. The goalkeeper kept 11 clean sheets during the Premier League last season which resulted in the Whites securing a brilliant 9th place finish in the table. The club was desperate to tie him up with a new contract and finally, it’s official.

The club management has been busy with the process of tieing down the key players. Just a week ago, Patrick Bamford signed a new contract, they are also constantly in talks with Kalvin Phillips over a contract extension and hopefully, common grounds will be reached very soon.

While Illan Meslier on signing the new contract said “I’m so proud. I’m very happy to sign a new deal with Leeds, a big club, so it was natural to sign and I have no doubts. I have the chance to play in the Premier League at 21, which is not a given for everyone and I feel very happy to play every weekend against big teams”.

“I will give the maximum of myself and keep working every day with the goalkeeper coaches, it’s an important season for me and the rest of the team too.” he added.