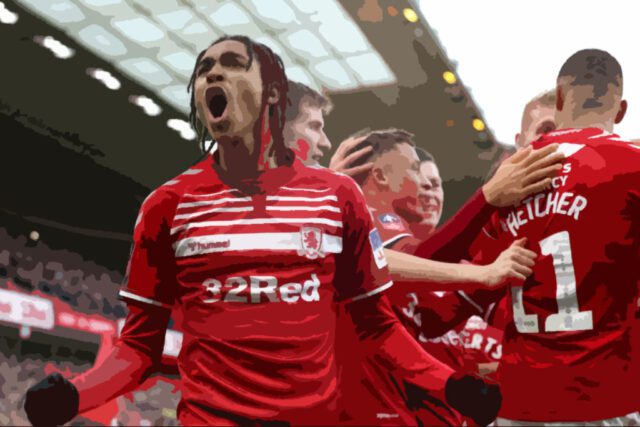 21-year-old Djed Spence has been attracting a lot of attention lately from a variety of clubs in the Premier League and around Europe. Currently, on loan at Nottingham Forest from Middlesbrough, Spence has been versatile as he can play as both a right-winger and a right-back. In his 21 appearances for the club, he has scored one goal and given one assist and has played close to 1700 minutes.

According to Sky Sports, Leeds United and Arsenal have always been interested in the player and have already made inquiries regarding the transfer fee. The Express has quoted a figure saying that Middlesbrough are looking for a fee of 15 million pounds.

Luke Ayling at Leeds is ageing and 30 at the moment has entered the final 18 months of his contract. Bielsa would want Djed Spence to be his long-term replacement and hence is pursuing the player vigorously.

Arsenal have primarily used Takehiro Tomiyasu at right-back this season, but Arteta’s second and third choices for the position could both be set to leave the club hence a player like Spence could be a valuable addition to Arsenal’s bench.

Spurs have also been tracking this player for several seasons and would look to capitalize by signing him during this transfer window as the new manager Antonio Conte has already stated that the squad will require necessary reorganizing and one good way to do it is to bring fresh legs.

An interesting turn to the transfer battle as CalcioMercato have reported that Inter Milan, Tottenham Hotspur and Jose Mourinho’s Roma have also joined the race to sign Nottingham Forest’s on-loan star Djed Spence.

Mourinho has witnessed the player first-hand while at Middlesbrough, Spence was outstanding for the Championship side against Tottenham during Jose’s term as the manager, in an FA Cup tie. So, clearly, Mourinho knows about Spence.

A move to Inter or Roma would be incredibly tempting but he will definitely not start. Leeds would be his best bet to progress as a player as he would get the most playing time there. Let us know where this wonderkid would fit best.