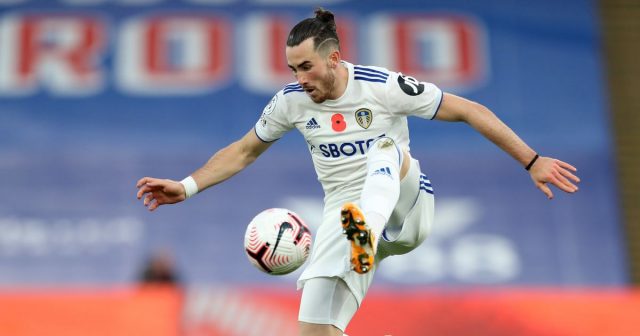 Leeds United will face Newcastle United at St. James’ Park after Leeds coming back from a 10-day rest.

The Leeds United winger Jack Harrison who is on loan from Manchester City spoke to the media ahead of Tuesday’s Premier League clash with Newcastle United. Leeds has currently failed to win and score in their last 3 matches which has raised quite a few eyebrows at the club. They lost to Tottenham, Crawley Town, and Brighton & Hove Albion.

“It’s been difficult, I think we have been a bit unfortunate at times,” said Harrison. “The way we work, we always analyse our play whether we win or lose and there are always improvements we can make.”

Speaking about his team’s recent goal drought he said, “The efficiency in our attacking end has to improve, with our style of play we are always able to create chances, it is down to us to capitalise on that and making sure we take advantage, along with making sure the opponent doesn’t have a way back into the game. Against Brighton it was difficult for us to even create those chances, that was something we were missing and we will be working on that going into the next game.”

Jack Harrison defended his manager’s playing style which has been under the radar for a few weeks. He said, “Marcelo Bielsa does a lot of work with his staff analysing and looking for ways to improve and us, as players, have to listen to what is being said and put that onto the pitch- if we listen and don’t do anything about it, then nothing is going to change.”

The last time Newcastle and Leeds faced each other, it was a match full of entertainment and goals which was played at Elland Road. Leeds made a thrilling comeback in the game after Newcastle led early in the game after which Leeds put the game to bed scoring 3 goals in the last 15 minutes. The game ended 5-2 with the home side being victorious in one of their best performances in the Premier League season 2020/21 so far.

Last time out against the Magpies, Jack Harrison scored a beautiful long ranger who drilled it into the top corner to score one of the best goals of his career. Leeds isn’t going to go easy on the Magpies who themselves have not won a game in the last 10 matches which is a worrying sign for Steve Bruce’s side who sit just 2 places above the relegation zone.

About the upcoming clash with Newcastle, Harrison said, “In preparation leading up to the Newcastle game, we see it as a game we can definitely win and we want to do everything we can to get those three points and get back on track. We had a good result against them last time, but we can’t get too complacent and they were able to score a couple of goals and we have to look at ways to prevent that.”

“We can’t have the mentality that we assume we are going to win, we need to do everything we can and all the preparation to make sure we are ready in order to make a statement and get back on track.”