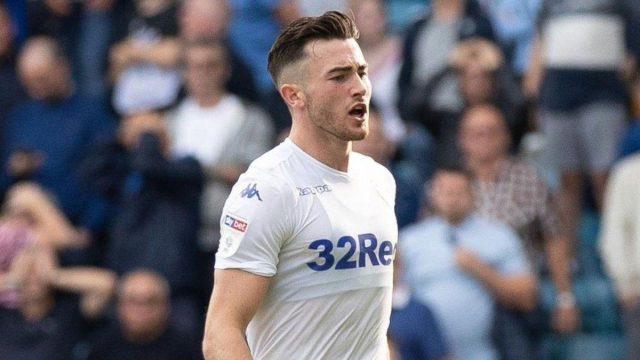 Manchester City youngster Jack Harrison has confirmed he will stay on at Leeds United for the third next season, with Manchester City leaving exit door open for the winger.

The last two seasons have seen the player play at the Elland Road as he continues to seek more playing time away from the Etihad Stadium.

He made 46 appearances in the Sky Bet Championship during the 2019/20 campaign as Leeds gained promotion into the Premier League. He also scored six goals and provided eight assists as Marcelo Bielsa’s side won the Championship title.

Harrison joined Pep Guardiola’s side in January 2018 from MLS side New York City but is yet to make an appearance for the Citizens.

“We don’t know the fixtures yet or anything like that, but until we start preparing for that I don’t think it will really sink in until then. As of right now I’m just trying to enjoy the moment, enjoy the time, the celebrations with the team. I’ll be there again next season, so it’s exciting to go back and do it all again in a few weeks.”

The player who also featured in Leeds only FA Cup game against Arsenal added: “When I first arrived I knew Leeds was a big club, but I didn’t really understand the depth of the club or anything like that.

“I think when you come to the games and you see the fans and you see how much it means to them day in, day out, these fans literally live for football. It’s almost like there’s nothing else that exists. Life is only Leeds United.

“Especially when we got promoted and we saw all the fans at the stadium and you can see how much it means to everybody at the club, everybody in the city.

“It’s an incredible, incredible thing to be a part of. I’m just happy that I’m able to help Leeds get back into the Premier League after such a long time and I think they deserve to be there. I’m really looking forward to making the most out of it next year and hopefully making more people happy.”

Harrison also lauded the impact of the Leeds manager while also speaking about their ambitions for the 2020/21 campaign.

He said: “With Marcelo, I think anything is possible. We have a team that is dedicated, that is motivated and under the leadership of Marcelo we’re more than capable of staying up.

“You look at how Sheffield United have gone up, they’re an organised team, their tactics are detailed as well, just like Marcelo and they’ve done extremely well this last year, so we’re hoping we can do the same, if not better, than Sheffield United. I think that would be a great year for us next year.”