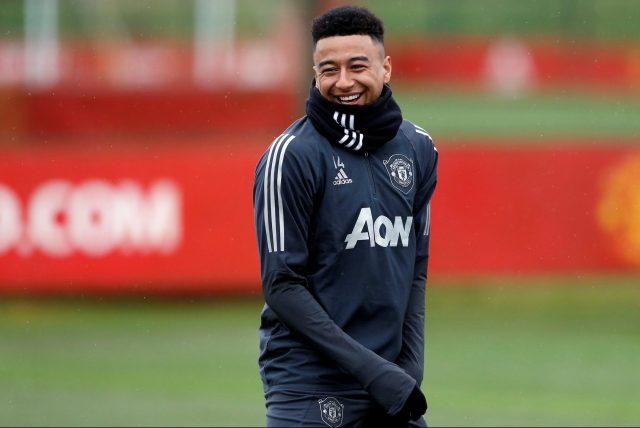 Leeds suffered their third defeat in a row, failing to score once again on the trot. The only other time Leeds United failed to score was against Wolverhampton Wanderers and Arsenal in the Premier League this season.

Additionally, Leeds has not been a great defensive unit altogether conceding 34 goals, the second-highest after West Brom in the league. In an attacking sense, Leeds had been in great form scoring 5 goals against Newcastle and West Brom, but their recent form in the final third has got fans worried.

Speaking to TalkSPORT former Aston Villa forward Gabriel Agbonlahor said he thinks that Manchester United midfielder Jesse Lingard would be a good addition to this Leeds side who have been struggling to find the back of the net.

“You can’t rely on one player [Phillips]. You have to have someone that can fill in, so you’d have to look in the transfer window. Watching the midfield today, you got outrun. Struijk wasn’t very good for me. I’ll throw a name out there that you might agree with, or not. Jesse Lingard, I feel like he could be a good addition to the Leeds squad – get him on loan for six months.”

Is Jesse Lingard the answer for Leeds?

Jesse Lingard, who is 28-years-old has yet to feature in the Premier League this season. He started in the FA Cup victory against Watford, ahead of Bruno Fernandes and Paul Pogba to claim his first appearance this season for Manchester United. Lingard who is looking to get more game time has also been waiting for his England recall, therefore a loan move would be a great chance for Jesse to show his quality and get back into the Manchester United and England International team.

At Manchester United Lingard favorably took the central-attacking role and played on the right midfield. At Leeds with Jack Harrison and Raphinha on the right and Rodrigo alongside Mateusz Klich just in behind Patrick Bamford a move for Lingard would just not make sense.

With pundits criticising Leeds for their recent attacking mishaps, it is probably too harsh considering the fact that Leeds have managed to score more goals than the other 14 teams in the league.

With reports suggesting that Lingard could move to Nice in France or Sheffield United in a loan move for the rest of the season – a move to Elland Road looks highly unlikely. A defensive midfielder & a centre-back is exactly what Leeds United should be focusing on in the current window to strengthen their side in the Premier League.