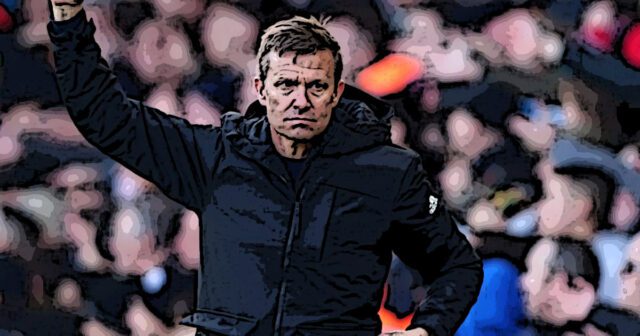 Following the loss against Chelsea at Elland Road, Leeds United manager Jesse Marsch admitted that his players are not giving themselves a chance to win. Leeds lost their calm for the second time in a row as they played the majority of the game against Chelsea with 10 men. Daniel James was sent off just before halftime for a reckless challenge on Blues player Mateo Kovacic which happened after Mason Mount scored the game’s first goal.

Goals from Christian Pulisic and Romelu Lukaku in the second half saw the Peacocks succumb to the 3rd defeat in a row inching them closer to the Championship next season. The American said, “The guys are gutted because we’re not giving ourselves the chances we want to come into the match. That part hurts. In general, if you go down to the performances, it’s not that they’ve been great, but it hasn’t been horrible. It’s just the level of the opponents and playing with a man down for 60 minutes in two matches limits your ability to win the game.”

Leeds have two games left to save their season, against Brighton at home on Sunday and Brentford on the final day, and will be without Ayling and James for both. Marsch was asked if he saw enough quality in his team in defeats to Manchester City, Arsenal, and Chelsea to believe Leeds can still stay up.

“You’re talking about City, Arsenal and Chelsea, three of the best teams right now in the league,” Jesse Marsch said. “No matter what, these games were going to be a massive challenge. The frustrating part is that we’re losing players in the process, which hurts our ability to recover and compete in the next match. That’s the part that makes it most difficult. We knew how good these opponents were.”

The situation at Elland Road seems to worsen every week with Leeds’ hopes of surviving in the Premier League next season hanging by a thread. A loss on the weekend against Brighton at home would seal their fate for next season.