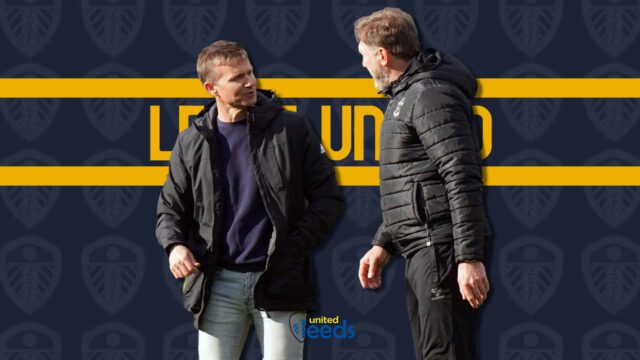 The Premier League has already seen 3 managers getting sacked just two months into the season and it looks like another one is on the way as the atmosphere at St. Mary is volatile. Southampton finds themselves in 17th position just a point off the relegation zone having picked up just 7 points from 9 games. Ralph Hasenhüttl’s men have won just twice this season and the German looks to be under immense pressure as the Saints make a list of possible candidates to take over as his replacement.

According to the Times, Southampton have added Jesse Marsch to their shortlist of potential managers to replace Ralph Hasenhüttl who has two weeks to save his job. It’s no secret that several Southampton players have been dissatisfied with Hasenhuttl and have wanted him out since before the start of preseason. Back in August, the Mail reported that the players were surprised to see the gaffer keep his job after a disastrous run of 10 losses in their final 13 games of last season and that there seems to be “no appetite” for a change of guard at the club.

Is Jesse Marsch the right manager to rejuvenate Southampton?

Marsch has always been a manager who has been attracted by long-term projects throughout his managerial career. His move to the Premier League in February earlier this year saw the American signing a 3-year deal with the Peacocks. Since his arrival, Leeds United have impressed in the league and the American was successful in helping his side from getting relegated last season. This summer saw key players like Raphinha and Kalvin Philipps leave while also seeing 8 new arrivals at Elland Road including young talents like Luis Sinisterra, Tyler Adams and Brenden Aaronson.

Marsch’s CV certainly doesn’t have a lot of trophies but it shows his immense work in rebuilding sides and developing them. Southampton needs this kind of a manager who will help them rebuild the squad and develop the younger players at the club like Kyle Walker-Peters, Romeo Lavia, Gavin Bazunu and Tino Livramento. If the Saints are ambitious and want to make a statement, Jesse Marsch looks like a solid candidate who could help them get their season back on track while also thinking long-term.

Will Leeds United be willing to part ways with Marsch?

It would be surprising if Leeds United relieve Marsch of his duties. Considering he joined just 7 months ago and just had his first transfer window this summer, it looks extremely unlikely Marsch will move to St. Mary’s. Speaking to the media last week, the American said, “I don’t want to leave. If I got an offer to go and manage anywhere in the world right now to coach football, I wouldn’t want to leave this spot. I’m more happy in my career than I’ve ever been. I’m very thankful to be here and my total focus and our total focus is trying to maximise what we’re achieving every day.” Jesse Marsch doesn’t look too keen to leave Elland Road just yet and would want to see out his contract with the Peacocks before considering his options.