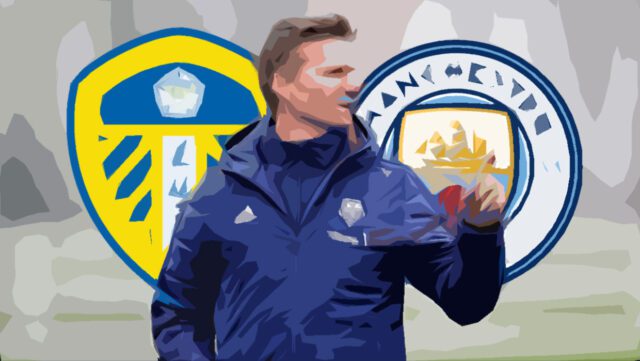 The Premier League has reached its dusk of the ongoing season with only a couple more weeks or so remaining. Leeds United have had a very disappointing league campaign with the Peacocks having to sack Marcelo Bielsa mid-season and follow it up with appointing Jesse Marsch with keen hopes of top-tier survival.

Marsch’s men see themselves in sixteenth position as of now and aren’t guaranteed safety yet. The American faces a huge task tomorrow as they welcome Manchester City to Elland Road. Let’s take a look at what he had to say ahead of the clash against the current Premier League champions:

Speaking about the Team news ahead of City’s visit to Elland Road:

Marsch confirmed Summerville is out for the season after the young player twisted his ankle in training. Patrick Bamford and Tyler Roberts are ruled out for the game against the Citizens with the rest of the squad fit for the game.

“Crysencio Summerville picked up an injury in the last training we had before the Palace match, which is unfortunate because he’s been in good form. He twisted his ankle and will be done for the season.

“Adam Forshaw is moving forward in a good way but it will be some time for him. Patrick Bamford is making progress, we’re hopeful we can see him later in the season, Tyler Roberts is making good progress as well. Everyone else is healthy and ready to go!”

When asked about the opponents in Pep’s Man City, Marsch added:

”Ultimate test. Talent they have speaks for itself. Manager does incredible job with tactical model very complex and players understand very well. Execute very well. See more often than anything their ability to control the match over time by their quality, movement and ideas. Unbalance you in one area and attack in another. We have to be very clear with tactics for the day. Strategy for the day and not just be passive.

Confident and better with the ball and understand moments we can still be aggressive. Not easy and a massive challenge, but hopefully use our crowd to find advantages and fight.”

On his midfield conundrum to start Robin Koch or Mateusz Klich in the pivot alongside Kalvin Phillips:

“Nobody’s best game. Klichy and I spoke about what could be better and handling the tough moments. Like him and his personality. Big part of our successes so far. Going to need him. He and Robin provide different things. MK more attacking. Struggling with the ball and even though MK normally helps us, defending in that moment was the biggest factor because Palace were unbalancing us. Worked out okay. Draw important, but Klich and Koch important.”

Scar of that 7-0 defeat at the Etihad earlier in the season (oh! a day to forget), the American said:

”I don’t think so. We are all very clear this is a team that can pile on the goals. We are focused on being clear and being up for the challenge. Nothing to lose. Expected to lose every time. I don’t believe that, but can see that expectation. We know what they want the game to look like.”

On Man city’s style of play and recent successes:

“They’ve got an aura, they’ve got quality, they’ve got everything – money, success, expertise. They’ve got everything, so it’s incredible to have these kinds of clubs in the world that, in our sport, are just so dominant in almost every phase. And then also the makeup of what the club is, in terms of the network of other clubs that are connected with, the power behind this club and this team is incomparable.”

On the similarities of the club structures of RB Leipzig and Manchester City:

“I think there’s some parallels between what Red Bull is and what City is and then certainly that we experienced very heavily in New York. My respect for everything that City has done is at a very, very high level. We were similar at Red Bull, but different or are, whatever, but I like the setup that I’m in now. I like where the identity of the club is so strong and it fits with who I am. I think that’s the key when you’re a manager, it’s finding something that resonates with the identity of what you are as well. I don’t have to tell the players much that they have to work hard, because that is so ingrained into what the club is. And then for us, it’s just about how to continue to take steps forward, to continue to grow and become bigger and bigger in the way that we think the fans deserve. Because I think again, the fan support, the intimacy of what the stadium atmosphere is, and what the experience between the club and the team and the fans is, and what the city is and being a one city team – and all these kinds of things. It’s very unique and special, in the world of football as well. So that’s what my focus is – just trying to maximise our potential and achieve our potential.”

“If you analyse them, they overload wide areas and they are so good at crossing, even without height. Everything from wide areas. We have to manage that and what that means, the options and movement they create. Quality they have and the way the manager teaches them to play the game.”