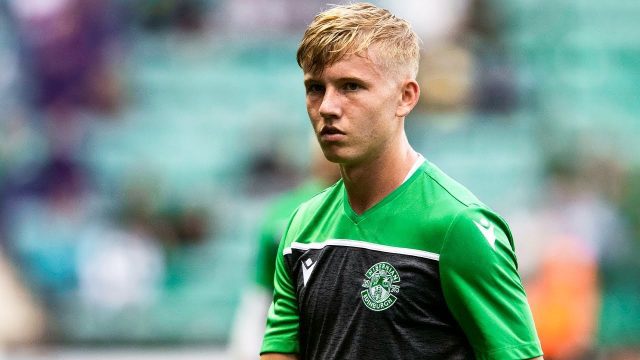 Leeds United in recent times, especially under Marcelo Bielsa, has had a good eye for transfers, and yet again, they have scouted an incredible left-back in Josh Doig.

The reason why Leeds United are so efficient at scouting players and incorporating them into their team is that the club, now, has an identity. There is a certain way that Leeds United plays which suit only specific players and Marcelo Bielsa is extremely skilled at mapping out his plan to a club and expressly stating what his requirements are and how will they be valuable to the club.

They play a high-intensity game no matter the size of the fixture and they stick by it, which is what sets them apart from a lot of clubs in the Premier League.

Clubs like Arsenal & Chelsea do not have an identity in terms of how they will set up for a game which is not a criticism but they have the players to conduct that kind of flexibility in games. There are teams that adapt their styles from match to match, while there are teams that will adopt their go-to-style regardless of the opposition, with the latter being Bielsa’s ideology.

WHO IS JOSH DOIG?

Josh Doig is an 18-year-old academy graduate of Hearts FC in the Scottish Premiership. In July 2019, the youngster signed with rivals Hibernian FC and has since gone on loan to Queen’s park for 2019/20, in pursuit of his development and gaining first-team minutes with a professional club. The Scotsman came back to Hibernian at the end of the season and has since been a part of the first-team squad for the 2020/21 season.

The youngster has made 21 appearances this season for Hibernian and while the youngster is primarily a left-back, he has played as a right-back and on either side of the midfield line which shows you the kind of tactical flexibility that the youngster already boasts of. In the current season, he has provided 3 assists while also chipping in with a goal, while he has also kept 12 clean sheets out of the twenty-one games he has played which is an incredibly good statistic for the 18-year-old.

WHAT MAKES JOSH DOIG A SENSIBLE SIGNING FOR LEEDS UNITED?

Josh Doig due to his impressive performances with Hibernian has generated interest from Celtic and several Premier League clubs with the likes of Leeds United, Manchester City, Arsenal & Chelsea linked regularly with the left-back. Josh Doig is a high-intensity player, who is a very able passer of the ball while the youngster does not shy away from taking long-range shots either. Diog plays like a defender, however, his mind functions like that of a midfielder.

A very good example of this is David Luiz at Chelsea. David Luiz played for Chelsea primarily as a defender but did not shy away from coming into the midfield from time to time to break up play and spread the ball out wide, while also finding pockets of space in midfield when playing against teams with a low block.

This is exactly what Marcelo Bielsa is looking for. Leeds plays with wing-backs which would make Doig’s transition into the team seamless, as he would actively get to make overlapping runs all the time while also focus on a particular zone while defending. Josh Doig’s high-intensity game is a plus point for Bielsa because his teams are trained to run all day and quite possibly run the oppositions out of the game. Diog already understands this aspect of the game and would not refuse a chance to play in the Premier League.

Currently, the left wing-back position is held by Stuart Dallas at Leeds and the wing-back has already contributed to 7 goals this term. Doig’s transfer would create a competition in the midfield as well as in the wing-back slots. Josh Diog is still young and can certainly act as an able substitute for Leeds United.

The Hibernian hierarchy found it incredibly hard to keep the Scotsman at the club over the winter window and it looks all but certain that Josh Doig will sign with a new club this summer, and Leeds Untied would certainly be frontrunners if they make a good offer to the youngster.