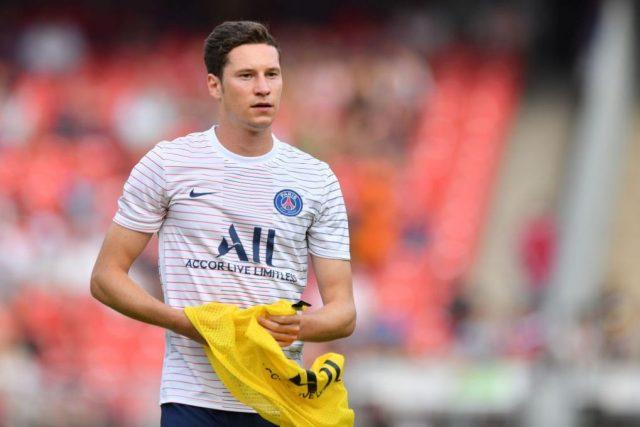 Leeds United are stepping up preparations for the new season trying to add Julian Draxler to the team.

According to Nicolo Schira, Leeds United’s president, Andrea Radrizzani who is in very good relationship with the PSG president, Nasser AlKhelaifi is negotiating the deal, but Draxler is not showing interest in leaving PSG.

The Germany international has not been receptive to Leeds’ interest and is happy with life in the French capital. He is in the final 12 months of his contract, and PSG would love to move him and some players on.

He would be a good addition to Leeds United as he is versatile. He can play any where across the front line and in central midfield.

As good as he may be, his injury record is poor, and not what the club needs, due to Bielsa’s major physical demands. If he can stay fit and endure the rigorous regime of Bielsa, it would be a win-win situation for both player and club. He will improve and learn from one of the best tactician in the game if he agrees to the deal.

Moving from PSG to Leeds is a step down for him, but playing under Marcelo Bielsa is an upgrade, and he needs to be playing regularly because of postponed Euro 2020. He needs regular playing time to be sure of making the list for the tournament.

The Germany national team coach, Joachim Low, warned Draxler of the consequence not playing regularly for his club, and suggested that his place in the national team would come under threat should he choose to remain with PSG for the upcoming season.

He said, “For Julian, it is naturally important to go to the next level at this age. If he played regularly, that would probably help him to be more impactful”.

At 26 years of age, he needs to consider the Leeds offer and the opportunity of working with Marcelo Bielsa to improve his game and regular playing time.