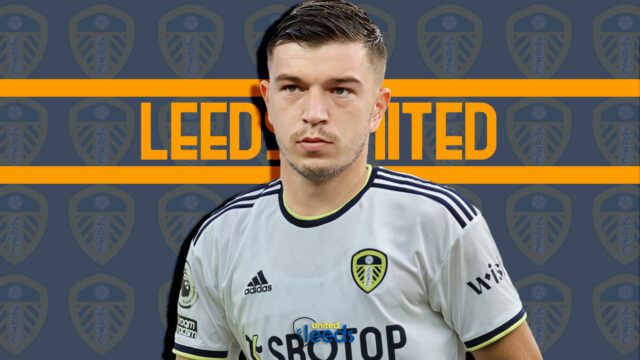 Junior Firpo, who was signed in the summer of 2021 from Barcelona to replace Ezgjan Alioski, who left Leeds United after failing to extend his contract at Elland Road, would have been ecstatic to play for Marcelo Bielsa. However, after appearing in 24 games last season, the left-back would have been eager to begin his pre-season with new manager Jesse Marsch, but he suffered an injury against Blackpool in a friendly game and was ruled out for almost two months, denying the player the opportunity to demonstrate his worth to the Whites.

By investing €13 million for the Spain international, the Premier League club showed a lot of faith in the player. However, injuries and getting used to the new league have not been kind to Firpo. Fans were upset with the left-back’s performance against Leicester City, which was an easy 2-0 win for relegation-threatened Leicester City, who are slowly getting back into form under Brendon Rodgers.

Former Leeds United Player Simon Walton said on BBC Radio Leeds: “He is making the same mistakes that he has made since the day he came in. He is dribbling inside, he is losing the ball in poor areas, then making rash challenges and silly decisions. We are all keeping everything crossed that once he does get by, he is the player we all hoped that he would be. But he has shown no signs of that at the minute.” Although Pascal Struijk has been decent in his new role as a left-back, adding defensive depth on the left side is one of the important priorities for the club. Victor Orta might be forced to help the team in the upcoming winter transfer in order to stay in the Premier League.

Leeds United have not had a good start to Jesse Marsch’s first full season at Elland Road. They have only scored 12 points, one point more than Leicester, who are in 18th place. Marsch has been instrumental in bringing in new players for Leeds United, including Aaronson and Tyler Adams. However, the American manager wanted to bring in Kai Wagner who plays for Philadephia Union during the summer window which eventually did not materialize.

“He’s the best left back that we have in MLS, and we’re lucky to have him here in Philly,” Philadelphia Union Manager Jim Curtain told the Philadelphia Inquirer earlier this month. Curtin added: “He continues to get better and better as the season goes. When there’s constant noise in and around, transfers and this and that, to be as professional as he’s been and just put his head down and play is not easy to do. He’s done a great job of that.”

The German who has been a part of the MLS All Star for the past two seasons is an exciting prospect. In 2022, the full-back has started 33 games and assisted 8 times and has won 44 tackles and has 55 interceptions. This shows that the 25-years-old is an all-round player and can be a massive upgrade for the club and they may revisit their interest in the player in the next transfer window.