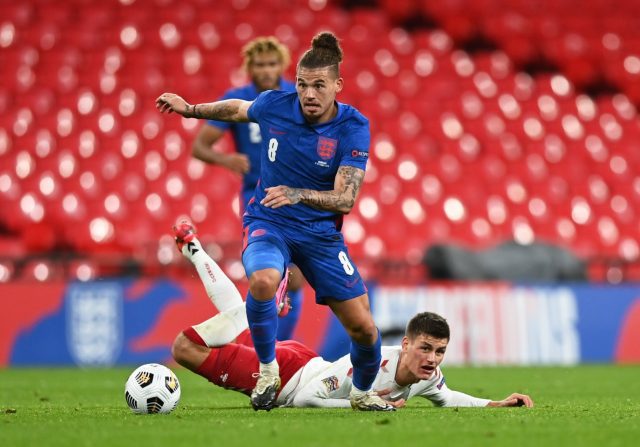 A number 8, quite possibly, is the most crucial role for any team in the world. For England, quite definitely the most important role at the upcoming EUROS. The last two world cup qualifiers against Albania and San Marino have seen Kalvin Philipps play in that role for England and he has served that role justice.

Breaking up attacks, holding on to the ball, making it tick from side to side, Philipps has performed his job efficiently and the Englishman needs to be credited for this.

With Jordan Henderson all but certain to miss at least the start of the tournament, if not the entire 30-day event, Kalvin Philipps is being groomed into occupying that role, getting accustomed to the requirements of that position is essential for a player of any calibre. At Leeds United, Marcelo Bielsa expects 100% out of his players every day, but, it remains confined to the extent of the jobs they have been provided

Stopping the counterattacks, not letting the opposition playmaker get on the ball, helping Leeds play out of the back have been Philipps’ key responsibilities and the 25-year-old has carried it out to the best of his abilities. However, when it comes to England, doing your job is not the only responsibility you have, because that will never guarantee you a starting spot.

What is it that you do differently? What are you offering to the team? Such questions are the basic questions among Gareth Southgate’s head and while he is a fan of the Leeds player, he understands the extent of how much Philipps needs to develop for him to warrant a starting place at the EUROS.

The problem here is that Philipps does not have a chance at club level to showcase what he can do internationally for England. The midfielder certainly has an eye for a pass, can run all day and make his side tick. His abilities and performances are enough to get him into the England squad but with the likes of James Ward-Prowse and Declan Rice hovering around, Philipps needs to showcase his ‘X-factor- to play a pivotal role under Southgate.

Moreover, this will also largely depend on the formation England will opt for at the Euros. A 3-4-3 will certainly be good news for Philipps, as he can break up attacks, recycle the ball and make the ball move around the pitch for as long as the day lasts. However, a 4-3-3 will cause certain issues. Mason Mount is already a favourite to play in that attacking midfielder role for England at the Euros, which leaves that number 8 position a tricky affair for Philipps.

While Philipps is currently thriving in that role, he needs to show some attacking intent whilst on the ball. At Leeds, the midfielder is averaging 5.3 long balls forward and also has an 85% pass completion rate. Philipps’ mould is that of number 6 but at England, Declan Rice will surely occupy that position. While Philipps has averaged 1 to 2 key passes per 90 minutes this season, the main question is whether Southgate will field a more attacking option in the number 6 role or a conservative 6 like Philipps, who will make more sense to this England side.

England has a plethora of full-backs, none of whom are conservative and they all want to play free-flowing football. In such cases, you need your number 6 and your number 8 to mop up behind them, while also help the backline to build the play from the back. Declan Rice and Kalvin Philipps are almost perfect for this job and while it may bench some of the most brilliant youngsters of this generational England side, a team’s requirements will always outweigh the needs of playing somebody for the sake of playing ‘attractive football’.

A team needs to play to their strengths and England’s lie in their full-backs and their wingers. In such cases, you need somebody to perform the ‘uglier’ side of the game, which Kalvin Philipps relishes in doing. He may not be the perfect fit; what he does may not be pretty; he may not be playing at a big club but the midfielder is currently the need of the hour of this England side and Kalvin Philipps is up for it.