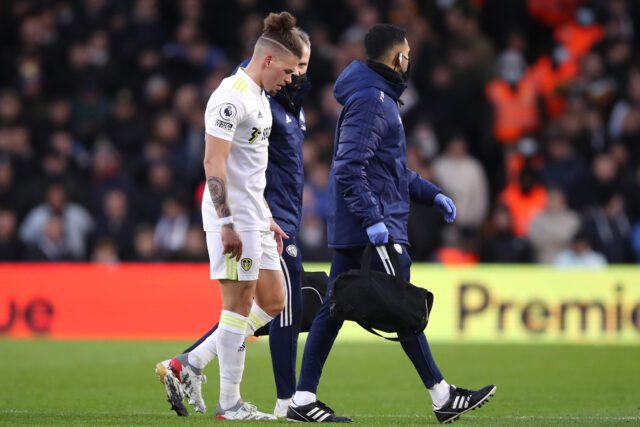 This season has been worrisome for Leeds United due to the under-par performance as they currently fight to stay out of the relegation zone standing at 15th position in the league table. One of the most cited reasons for this performance has been their long list of injuries which to a certain extent is justifiable. Stars like Patrick Bamford, Luke Ayling have been injured for a considerable time who played a crucial role in the team last season.

In their last fixture, there was some good news for the team and fans as we saw Luke Ayling and Patrick Bamford return to the playing XI and saw a sensational stoppage-time goal by Bamford against Crystal Palace but Leeds United have been dealt another major blow as their injury crisis extends.

According to the Telegraph, Liam Cooper and Kalvin Phillips have suffered injuries and reports have stated that the crucial England midfielder will most likely be unavailable for the next two months. Considering losing Phillips again and at such a crucial period of the season with many important games lined up will definitely be tough to manage for Marcelo Bielsa.

Meanwhile, the Daily Mail has claimed that Patrick Bamford will face another spell on the sidelines after injuring himself in the goal celebrations of his stoppage-time equalizer. Club Manager Marcelo Bielsa will officially confirm the squad’s fitness at the press conference before his trip to Stamford Bridge.