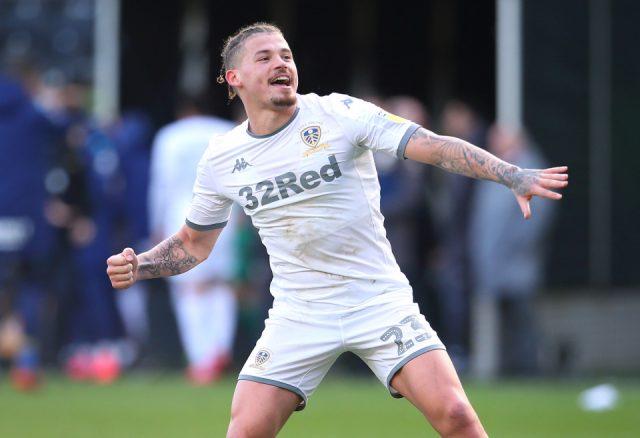 Many may have only heard about the name Kalvin Phillips without even watching him. Perhaps, if you even have, it probably would be just a combined highlights of his game.

However, Philips is more to what we have seen or heard from pundits or even from amassed visuals of his footballing abilities.

Phillips started his career through the youth ranks at Leeds United, and with his immense talent and power he was tipped to be fans favourite at the Elland Road in few years to come by academy coach Jason Blunt.

Well, we are not far from seeing his potentials after following the Whites’ return to the Premier League after 16 years absence. Even before he would kick in ball in the top flight, Phillips has already been bossing the headlines in the Sky Bet Championship.

His performance was enough case for then Leeds manager as the midfielder maintained his spot in the starting line up a week later in the game against Cardiff City, with Phillips making his home debut which also ended in a defeat.

He also agreed to a two-year contract extension at the club at the end of that season which paved the way for him to continue his development with the first team.

The Englishman started his career as a box-to-box midfielder but the appointment of Marcelo Bielsa meant that Phillips was going to adopt a new role – as a defensive midfielder; not a destroyer per say but one who is likely to dictate the pace of the game.

Marcelo Bielsa described his style “He’s very good at getting the ball and putting it into another space, a better space. He’s very good when he has to cover the team when our full-backs go in attack. And when we are outnumbered, he is very good with his defending.”

Phillips has an excellent range of passing, both short and long passes with quite a number of his distributions being on point.

His playing style has sometime earned him the nickname “Yorkshire Pirlo” by Leeds fans, who feel their academy graduate is becoming their own version of the former Italy International Andrea Pirlo.

For the majority of us who would be keeping an eye on the performances of Leeds, take some time to also watch Phillips.