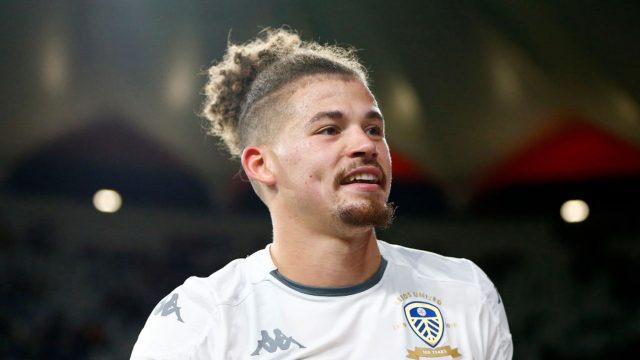 Leeds United midfielder Kalvin Phillips has admitted he thought of a move away from the club last summer for the sake of his England hopes.

Kalvin Phillips was the subject of interest from a host of Premier League clubs after the Whites failed to secure qualification into the top flight, with Aston Villa said to have come close to signing him with a failed bid.

The player, who has been through the ranks at Elland Road however did not want to leave the club but admits he thought of he might quit the club he holds in high esteem.

“A lot of people talk about the money in the sport and it is life changing,” he said in an interview in the second series of the Amazon documentary Take Us Home. “There was speculation about me possibly playing for England and there was a lot of talk that I wouldn’t be able to play for England if I was still in the Championship.

“So that was one of the things that made me think I need to be in the Premier League. I had offers which would have changed my life right there and then. I was second guessing myself, should I leave, should I not?”

Phillips ended up staying with Leeds and committed his long-term future to the club, signing a five-year contract at Elland Road and was key to their Championship success last season.

He earned high praise from manager Marcelo Bielsa, who described him as “the best” during the celebrations on the night Leeds won promotion.

The player has gone on to make his debut for the England national team his grandmother says she told him she would not have moved away from Leeds.

“Someone said to me that he might move,” she said. “I said to him ‘what I am going to do?’. He said ‘sell the house and come with me’.

“I’d too much to leave behind if I left Leeds. I’ve got 23 grandchildren, 23 great grand children and one great, great grandchild on the way, so it wouldn’t have done for me to move.”