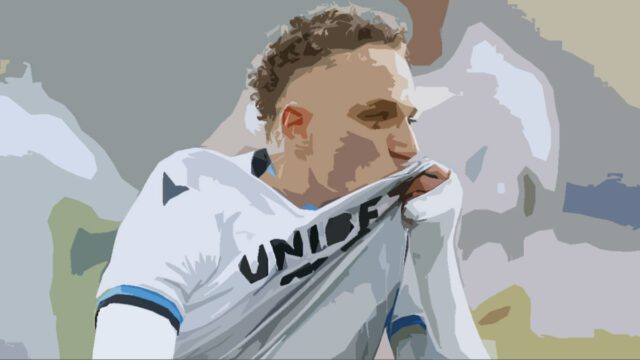 Noa Lang, who was also heavily linked with a move to Leeds United last summer yet nothing materialized, but we have another opportunity to be bring him to Yorkshire.

During the summer window, he requested Club Brugge for himself to be benched in order to avoid getting injured t avoid any late moves to transpire but that is exactly what happened – when he picked up an injury during the match against KV Kortrijk where he was brought in as a substitute and that was regarded a possibility that denied him a away.

But what came after the conclusion of summer window was a bit startling, the player has just started three matches out of 11 matches this season and might be forced to look beyond during the winter transfer window.

He has played for Club Brugge for two seasons and has scored 22 goals and 21 assists so far, and has the ability to take on players and is never out of ideas to break the defence with high lines. Many clubs in Europe were interested in signing the winger including Arsenal and AC Milan. Speaking of his move to A.C. Milan, the player said, “I can’t deny that Milan are interested in signing me but it’s not that I have a personal agreement with them. I’m glad I waited another year before leaving because I’ve learned a lot. Now I’m ready.”

📰 CM: There have been a series of rumours about a possible replacement for Rafael #Leao. It is highly unlikely to be #NoaLang. pic.twitter.com/vt2hly7qvX

Although Leeds have signed Luis Sinisterra & Wilfried Gnonto to bring in what Raphinha did, before his move to FC Barcelona materialised, they will like to bolster their attack by acquiring Noa Lang who not only has incredible resale value but also his ability to cause chaos.

Jesse Marsch will be delighted to have such a talented winger who can break the defense and take on the defenders which will improve the attacking numbers of his team.