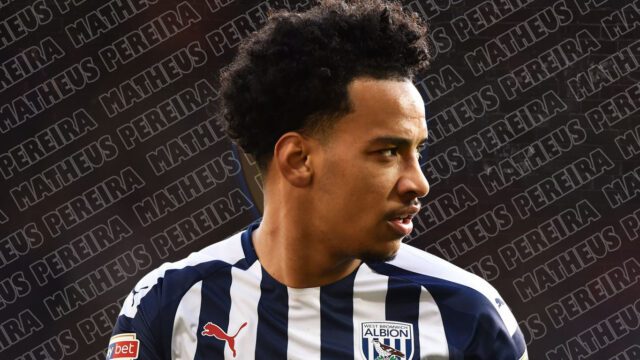 After a pretty commendable first season back into the Premier League from Marcelo Bielsa’s side, Leeds United are linked with multiple players from around Europe as we approach the start of the summer transfer window. And Leeds are told to add more of sambha flavour to their squad, to accompany Raphinha, in Matheus Pereira.

The 25-year-old was not only impressive in West Brom’s promotion to the Premier League but also made sure he continued that in the Premiership. Pereira’s performances have caught the eye of many clubs around Europe including Leeds United.

With 11 goals and six assists in the recently concluded campaign, the Brazilian ended with over half of West Brom’s direct goal involvements in 2020/21.

Among the rising suitors for his signature, Leeds also faces a battle from Premier League rival Aston Villa. Despite the rising suitors, Marcelo Bielsa’s side are said to be the one who can get the best out of Pereira.

“I think it (signing Pereira) would suit their style,” Phillips told Football Insider. “Leeds are an exciting, free-flowing team, you can express yourself in that side. We’ve seen that with players like Raphinha and Jack Harrison this year, that they can just go and play with freedom, but you have to be prepared to work your socks off and that’s something Pereira would have to take to another level. But it’s no surprise that a player like that, of that mould and ilk, is being linked with Leeds.”

Expectations were sky-high when Pereira took to Premier League, though he did not start firing from the first whistle – once he was settled into the pace of English top tier, Matheus started to hit top form. Former West Brom manager Sam Allardyce hailed the Brazilian suggesting he has the potential to be one of the best players in the Premier League.

“I have worked with some world-class players in my time,” said Allardyce. “I can’t say Matheus is world-class but he certainly has the potential to be a top-class Premier League player if he continues developing. He is still very young. And I think when he is committed and when he works as hard, as he did against Aston Villa when he shows that ability – then he is certainly a big difference and a big game player for West Brom. He will produce more performances of that quality as he gets more and more mature. Obviously, I have worked with some top-quality players in my time.

“But in my time at West Brom he has shown some top quality skills and if that development continues he can become a top class player because he is still very young.”