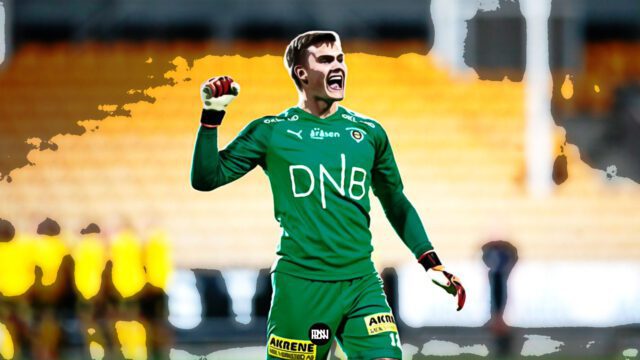 According to a report from the Football Insider, Leeds United are in an advanced phase of negotiations with Valerenga in terms of a deal for Kristoffer Klaesson.

The Whites were interested in the Norwegian keeper from the beginning of the transfer window when Kiko Casilla was all set to leave the club. In order to fill the void of the number two position of goalkeeper, Leeds United shortlisted a few players for the role.

After negotiations and talks with a host of other goalkeeper targets, the Whites have identified the young goalkeeper Kristoffer Klaesson to be the one most suitable. The Valerenga player is also said to be keen on moving to Elland Road.

Kristoffer Klaesson has so far featured in 56 games for Valerenga in the first division of the Norwegian league. Klaesson has been through a really good form due to which Leeds United has moved for him.

Leeds United have already applied for the 20-year-old’s visa in England and they hope to quickly secure the deal. The whites are expecting the deal to conclude in this week itself.

Kiko Casilla has departed to La Liga side Elche on a loan move. The erstwhile number one keeper was demoted from his position after he racially abused a player during a match. He was even handed out a ban on him for the outrageous incident. Kiko has since then had a difficult time in England and he decided to move on.

Leeds United also targeted Newcastle United goalkeeper Freedie Woodman but they decided not to pursue the talks any further since Woodman wanted a guaranteed first-team spot above Illan Meslier. The 21-year-old has been doing well for the Whites and in no way would they have replaced him with someone else for the Number one spot.

Leeds United have done a fairly good job this summer with already signing five players. But the Whites will look to conclude their other deals quickly since only three weeks are left for the new Premier League season to begin.