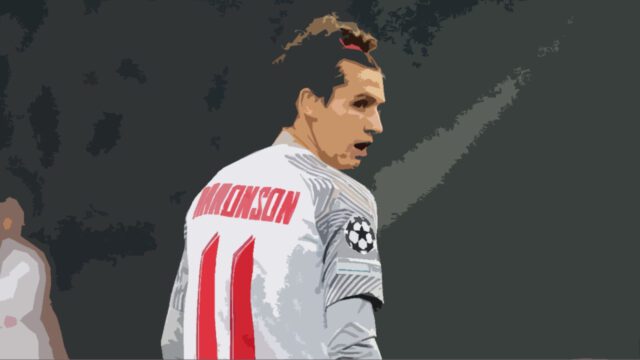 Leeds United are said to be finalizing the transfer of Brenden Aaronson from Red Bull Salzburg, reported for around $30 million.

It is said that a deal has been struck for sometime now, and the all the parties were waiting for the Elland Road to seal it’s Premier League status. The Yorkshire giants will have an increasing incomings and links to the United States with 49ers slowly and gradually taking over the club’s helm.

Brenden Aaronson is someone Leeds’ faithful would know keenly after Marcelo Bielsa tempted Salzburg into a deal in the January window, but the Austrian champions weren’t ready to strike any deal mid-way through the season. Leeds United have been clear of their affection of Aaronson and been on the sidelines ready to patch that badge on him as soon as the League status is in concrete, it did come a bit late and in a nerve wrecking way then they’d have wanted though. But at Leeds, we always tend to do things the hard way…

Lets get a bit into Brenden Aaronson;

What will Brenden Aaronson bring to Leeds United?

*this is a overview based on watching his YouTube compilations and talking with a couple of Salzburg fans. A detailed scouting report shall follow in the coming days.*

This season has been one of a struggle both in front of goal and in-goal, Brenden will come in to help solve the situation in the former and in a big way. The US national man loves to generate shots from that upper field of the final third. Although he does lack a certain precision in these shots which are either blocked or saved by the goalkeeper ignoring the passing lines more often than not (something he is criticized about in lengths) – that should not be a negative in my opinion as to if you look closely he does strike the ball cleanly, it’s just about working the range of putting the shots with bits of menace into it.

Moving over, Aaronson does possess a brilliant ability to use space on and off the ball. Cheeky cut-backs and through balls with intelligent movement to create space for others. Doesn’t this sound reminiscent of the Bielsa-Leeds’ that we have seen going forward over the years. OH, if he does it consistently with a keen influence on the game – Elland Road’s gonna be bouncing singing his name. But again, he does waste transition execution loads of times, something that have been a frustrating sight for Leeds faithful over the past couple of years – especially in game setting moments. This makes it intriguing over how he will be used by Marsch in these situations.

Moreover, he is an elite presser. Someone who brings intensity and tenacity trying to win back the possession.

Jesse Marsch have always loved working with un-finished products like him, someone who can influence the game from nothing and he does have developed many into doing so. Maybe it’s time he does it at Leeds with Brenden Aaronson.