Norwich midfielder Emi Buendía recently talked to Sky Sports ahead of their clash against Chelsea, insisting that he was happy at Norwich and was focused on their season ahead.

The comments may cause a massive blow to Leeds United and Atletico Madrid, who are among several clubs interested in the Argentinian. Leeds United had earlier made an enquiry about the availability of the 23-year-old, but Buendía seems unwilling to talk about his future at present and it seems he will not push for a move away from Norwich.

Buendía has been one of the Canaries stand-out performers this season, and has been their creative focal point, assisting seven times in the league and scoring one goal. 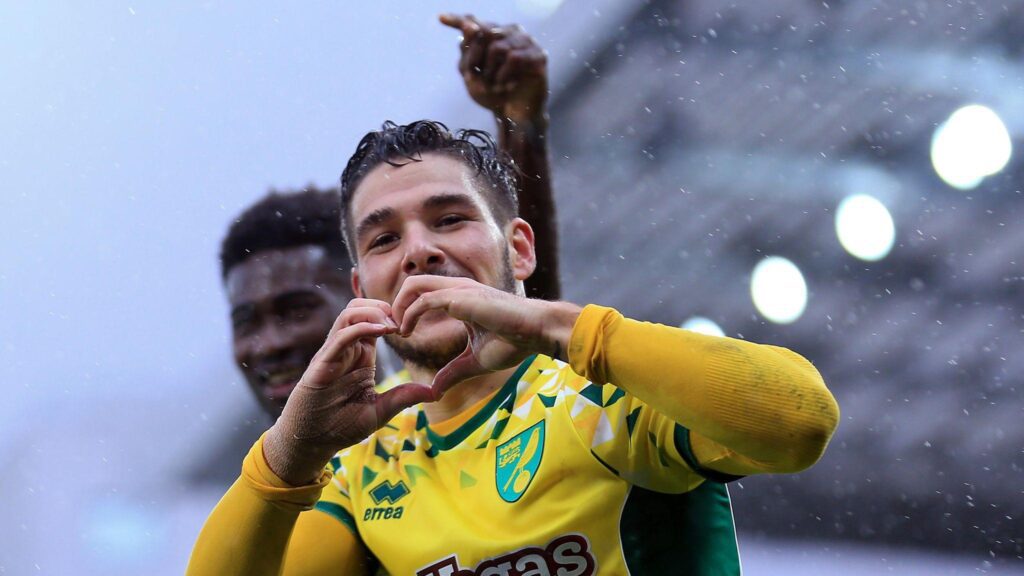 The club were officially relegated from the top-flight after last week’s defeat against West Ham, and manager Daniel Farke admitted he was aware that his players could attract attention from other clubs.

But Farke talked to Sky Sports insisting that none of his players had told him that they wanted to leave following their relegation.

“So far no one has knocked at my door and said he wants to leave. I’m quite relaxed. We haven’t forced them to sign a long term contract, they were fully committed when they did this and I’m quite confident that they did this also fully aware what it means.”

“We are not naive, we know that we have some interesting young players. It’s a good sign – it’s not that I’m annoyed about this.”

“It’s a sign that we’ve done several things right and it would be a bigger problem if no one would be interested in our players. We want to be in this situation where other clubs are desperate to get our players.”