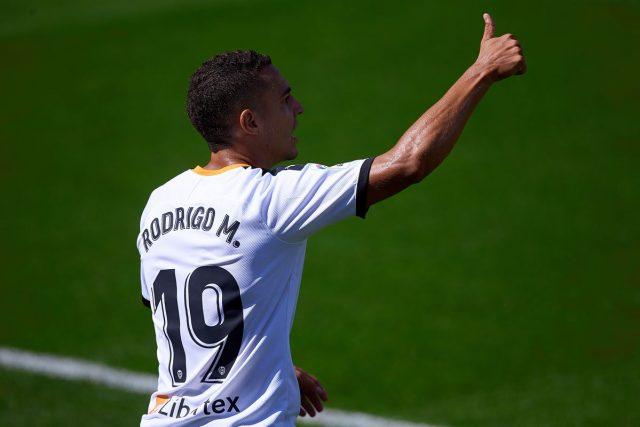 Director of football at Leeds United Victor Orta has hailed Rodrigo Moreno as “world class” ahead of his imminent arrival at Elland Road.

The forward is set to become Leeds’ record signing with the Premier League side expected to pay £27 million for the Spain international.

Rodrigo completed his medical yesterday and is believed to have flown to England to meet with manager Marcelo Bielsa while also putting pen to paper on his contract to make it official.

Valencia also confirmed on Tuesday that they had reached an agreement in principle for the player to seal a move to Yorkshire.

And Orta is excited the club were able to pull off a deal to sign the 29-year-old, claiming the Spain striker is a “world-class” signing for the Premier League new boys.

“Rodrigo is a strategic signing and for us, we think he’s of world-class standing,” he said. “We have shown what we want to be. We are a humble team, who have just come up and now want to establish ourselves in the Premier League, which is very important for us.

“We’re ambitious to put Leeds in a good place. We want to thank Valencia, who have acted very well. It was a very fair negotiation. I’ve been in football for 16 years and it is one of the first times I’ve seen all three parties happy.”

The director also revealed that Bielsa liked the idea of signing the forward, who was unimpressive during an unsuccessful loan spell at Bolton a decade ago when the suggestion was made.

“He’s very happy,” said Orta. “As soon as I raised the possibility, he didn’t hesitate and said yes.”

Rodrigo scored seven times and added 11 assists to his name across all competitions for Los Che during the 2019/20 campaign as the club missed out on a place in Europe.