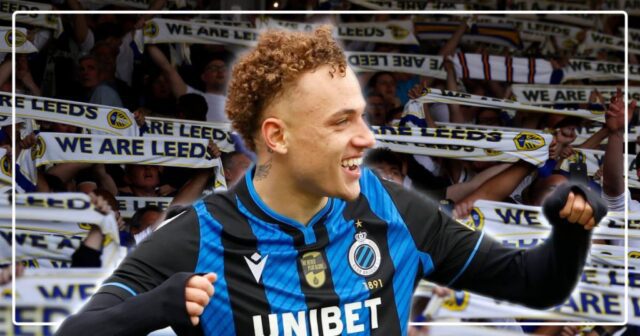 Leeds United have completed six signings so far this summer and they have even quickly integrated them into the squad. The ambitious looking club is not willing to stop here and they are already searching for further additions.

The club has immense confidence in Marcelo Bielsa and his squad. Leeds finished at ninth position in the Premier League last season. Marcelo Bielsa reportedly wants to add a winger despite having Jack Harrison and Raphinha at his disposal. Bielsa is looking to add few more players who would act as backup.

Similarly for the wide position, Leeds United is targeting the young and sensational player Noa Lang. They are desperate to add him. Noa joined Club Brugge from Ajax on loan last season. He had an impressive start at the Belgian club scoring 17 goals and providing 11 assists. The Dutch player was a key part in Club Brugge’s title win last season. He joined the club on permanent transfer through the obligation clause in his loan deal.

Sevilla and many other clubs from La Liga are interested in him. But those clubs are going through a major financial crisis. Sevilla have already secured Erik Lamela from Spurs and it would be hard for them to sanction another transfer for a winger. Reports suggest that Sevilla are also unwilling to meet Club Brugge’s asking price of £21 million for Noa Lang.

This certainly gives Leeds United a free ride to sign Noa Lang. But for it they would have to cough up nearly £21 million and if they are able to secure the deal, it would be a fantastic piece of business for them. Noa Lang is easily worth £21 million and he would certainly grow to become a better player in the future. The Whites should certainly sign him up before any other club walks in for him.