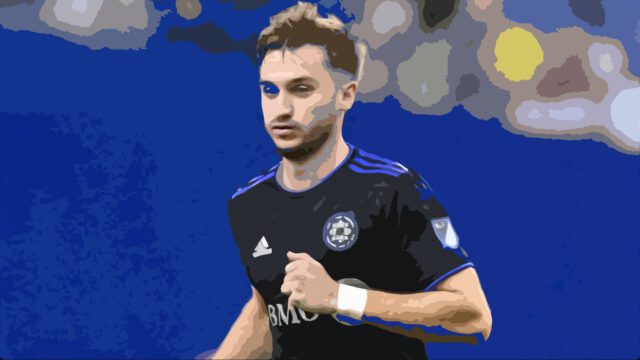 Leeds United reportedly are set to battle out plenty of European clubs for the signature of attacking midfielder Djordje Mihailovic from CF Montreal. According to Il Resto del Carlino, Leeds could compete with the likes of Roma and Atalanta for his signature. The 23-year-old this season has 3 goals and 1 assist in 7 games in the MLS and has already earned six caps for the US Men’s National Team.

According to the report, the player travelled to Italy last November to be looked at by Bologna manager Sinisa Mihajlovic who had “good reviews” about the midfielder. This triggered a lot of interest from Italian clubs for the American but if the player is to move to Serie A, Bologna seems to be the most likely destination with the club having the same American owner as Impact Montreal.

The player’s current deal at the MLS side runs up to the summer of 2023 with an option to extend for the club. A deal seems likely for Djordje Mihailovic with heavy interest not only from Italian clubs but also from a host of European clubs. Bayer Leverkusen, Borussia Dortmund, Newcastle United and Leeds United have registered their interest in the player and are looking to lure the midfielder in the upcoming summer transfer window.

Jesse Marsch, the manager of Leeds United, could have a big influence on a potential deal to sign the 23-year-old with the former RB Leipzig manager being an American too. Marsch’s Leeds are currently 16th in the league and are likely to remain in the Premier League next season. This could result in a huge summer for the Peacocks with reinforcements needed all over the pitch.

Djordje Mihailovic could be a smart signing for Victor Orta, the Director of Football at Leeds, who is also in charge of the transfers. The Spaniard has had a track record for signing some of the best talents from around the world and England for Leeds. Signing Mihailovic would add depth to the Leeds midfield and also provide Marsch with plenty of options to choose from. The midfielder would fit perfectly in the 4-2-3-1 system mainly deployed by the manager and play as the no.10 behind Patrick Bamford.

Jesse Marsch’s plans to have a squad with the perfect blend of youth and experience could also be a key factor for Mihailovic to be attracted to a move to Elland Road in the summer.