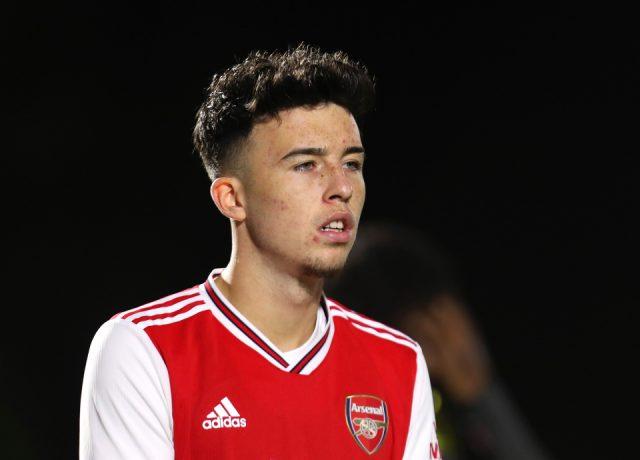 Leeds United are reportedly facing stiff competitions from top clubs in Europe for the signature of Arsenal youngster Sam Greenwood this summer.

TalkSport reported earlier on Monday that Marcelo Bielsa’s side are close to securing a deal which will see the forward end up at Elland Road next season.

The 18-year-old s also said to be the subject of interest from Manchester United and AC Milan, who are looking to provide a stiff competition for Leeds for the youngster’s signature.

Bielsa is looking to build his team this season following their return to the Premier League having won the Sky Bet Championship after being in exile for 16 years.

And the Argentine coach is willing to blend youth with experience during their tie in the top flight, hence the interest in Greenwood.

Since moving to north London from Sunderland, Greenwood has progressed massively and rapidly with his talent, scoring 22 times since under-18 level.

Despite the first-team making no major deal in the transfer market so far, the Whits youth team have been quite busy, securing deals for Dani van den Heuvel, Joe Gelhardt and Charlie Allen.

And per reports from The Athletic, the Arsenal young forward could be next in line to make the move to Yorkshire in the coming weeks before the close of the transfer window.

The publication also reports that the deal could be sealed this week, with the teenager expected to join the club’s under-23 side with a view of convincing Bielsa to hand him opportunities in the first team set up.

Despite being more suited to the role of a natural centre-forward, the player has featured on the wings a couple of times for the Arsenal youth side and possesses the needed qualities and skills to become a top player.