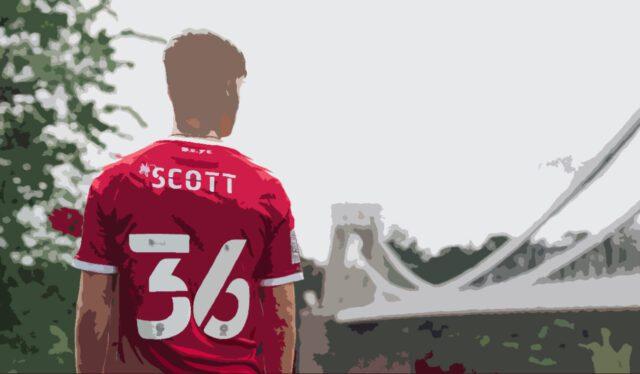 Leeds United are reportedly in the race to sign 10 million pounds rated youngster Alex Scott from Championship side Bristol City in the summer. The Guernsey-born teenager has attracted interest from a host of Premier League clubs after having a very impressive season in the championship scoring 4 times and assisting twice in 37 appearances.

According to the Mirror, Leeds United and Spurs scouted the wunderkind on Good Friday in Bristol City’s win against Stoke City. Everton, Chelsea, and Leicester City have also been linked with the midfielder who is nicknamed “Guernsey Grealish”.

The report also states that Scott is under contract at Bristol City until 2025 after joining from Guernsey FC in 2020 at the age of 17. The midfielder has been playing as a wing-back recently but is naturally an attacking midfielder where he can display his creativity and dribbling.

Jesse Marsch has always been an advocate of integrating young players into his first team in every club he has managed. The current youth players at Thorpe End who have broken into the first team under the American include Crysencio Summerville, Joe Gelhardt, and Sam Greenwood. Alex Scott will certainly be a very good signing for the Peacocks with Victor Orta, the Director of Football at Leeds, known to scout and sign some of the very best youngsters at Elland Road.

Scott will fit perfectly in Marsch’s 4-2-3-1 formation in his best position as a number 10 or even as a rotational player. The rumoured exit of the star winger would mean Leeds will lose their most creative player which would create a good opportunity for Scott to make a name for himself at Elland Road. The youngster is certainly a player to keep an eye on in the future and the race to sign him would certainly be an interesting one in the upcoming summer transfer window.