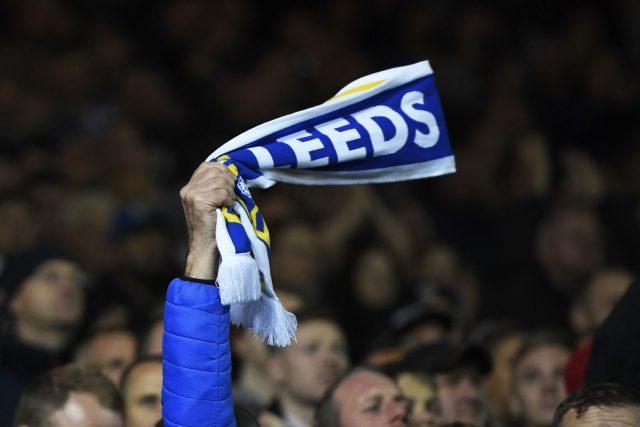 Leeds United got promoted to the Premier League for the 2020/21 season and it was a big celebration as the historic club made its return to England’s premier footballing league after 15 seasons out of it. Leeds United’s legacy, however, still remains in those die-hard fans who have supported the club since even before the inception of the Premier League in 1992. Leeds United in every sense of the word is a big club. It has a huge stadium, millions of fans and a rich history.

So, when they did get promoted back to the big time Leeds always wanted to grow their business worldwide. They wanted their jerseys to sell all over the world. Thus, in 2020 November, Leeds United signed a strategic partnership deal with Jay-Z’s Roc Nation sport and entertainment agency as the Whites wanted to grow their global footprint over the United States & Asia.

America and Asia are two markets that boast of a huge number of football fans. Their European fan bases are in millions and while the United States might have been tapped to a certain extent, Asia is a market that many clubs are yet to venture into. Clubs like Sevilla and the Red Bull entity have ventured into the Indian market while China has also been a regular market for English & Spanish clubs.

However, Leeds United took a big step recently as LL Cool J professed his love for the Whites and there was a mixed reaction among fans of the rapper and Leeds United of ultimate confusion and amusement. This just tells you how far Leeds United have reached so quickly as a club. There are fans all over the world, no matter their status quo, who are following the English Premier League, moreover Leeds as this is not the first Hollywood celebrity who is a fan of Leeds United.

Previously, even superstar Russel Crowe had shown his support to the club, while Nikolaj Coster-Waldau, an actor on the highly popular show Game of Thrones also portrayed his love for the Whites. But Leeds United’s chairman went a step ahead this time as we saw a video posted by LL Cool J himself as in the video, we could see the rapper opening personalized Leeds merchandise with a note from chairman Andrea Radrizzani saying ‘See you soon at Elland Road’. This personal touch is what helps generate international buzz for a club or generate just love from a celebrities’ followers.

MUST READ: What 49ers increased stake could mean for Leeds United

See you soon at Elland Road 💛💙💪

Tomorrow you could see Ladies Love Cool James (LL Cool J) go to one of his concerts wearing a Leeds jersey and that itself would be a huge step in the innumerable celebrity endorsements Leeds United could start from there.

Director of Football Victor Orta told Leeds Live – ‘Obviously it’s a big brand, international, worldwide, we want to grow in the States, we want to grow in Asia. It’s one of the partnerships that shows where Leeds United is now, which process of ambition is now, now the year of the returning to the Premier League, what kind of companies are going to find synergy with us and we know all about them, about the sports, about the music, about entertainment’.

Now, we certainly know that Leeds United are not joking around and are seriously trying to increase their business globally, and turn themselves into a powerhouse of endorsements through strategic partnerships and alliances with countries with huge football fanbases.