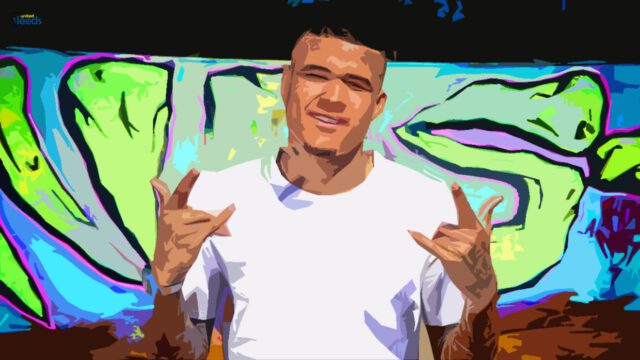 Leeds United are reportedly interested in signing Kenedy from Chelsea during the summer transfer window.

Leeds United, according to the Daily Mail, are interested in the Blues’ 26-year-old midfielder. According to the article, Kenedy’s final-day cameo in Chelsea’s triumph over Watford might assist in generating interest in him.

The Brazilian is a talented left-sided footballer who can play as a winger or wing-back and will enter into his final year of contract this summer.

Blues boss Thomas Tuchel described him as “extremely gifted,” and he spent the majority of the second half of the season watching from the stands after returning from his loan with Flamengo in January. He’s considered to be the third choice wing-back by Tuchel with Marcos Alonso and Ben Chilwell considerably ahead in the pecking order but a spectacular display against Watford earlier this month reminded everyone of his talent.

Kenedy’s career at Chelsea has never truly taken off, with only 30 first-team appearances since signing in 2015. However, multiple loans have been made to emphasize his potential. Leeds made it into the Premier League for next season by surviving on the final day, so it’ll be intriguing to see how they construct their team at Elland Road.

Jesse Marsch could have a very talented player at his disposal if Leeds manages to lure Kenedy from Chelsea either on a loan deal or permanent basis. Raphinha’s transfer seems to be inevitable as the summer window approaches and signing a Brazilian colleague as a replacement would be a fairly good deal. Kenedy has shown glimpses of what he can do on the pitch whenever he has been involved for Chelsea and Leeds could be the perfect club to revive the Brazilian International’s career under Jesse Marsch. The Leeds United hierarchy would want to sign a replacement for their departing talisman Raphinha and the signing of Kenedy would certainly be a financially feasible move with the Blues reportedly demanding 10-15 million euros for the 26-year-old.

Kenedy doesn’t ply his trade through the right, like Raphinha, but he does have shown glimpses of bringing in the quality that Raphinha possessed to take the game by its collars with their involvements from the flanks – but again, Jesse Marsch will have abundance of work at his disposal to squeeze every bit out of Kenedy.