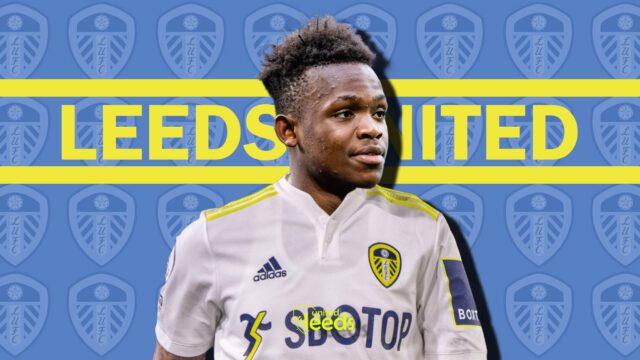 According to reports in Germany by Bild, Leeds United have expressed interest in signing Schalke star Rabbi Matondo, and are one of many Premier League clubs keeping their eye on the Welshman.

Matondo’s £11 million transfer to Schalke has not gone well thus far. He spent a season on loan with Stoke City before joining Cercle Brugge this season. The Belgians had the option of making his contract permanent – however, they were unable to reach an agreement with the 21-year-old and it now appears that he may return to England this summer.

According to Bild, Leeds, Brentford, and Nottingham Forest are all interested in the winger. A number of French clubs are also interested in signing Matondo.

Cercle agreed to a purchase option valued at little more than £3 million. So it appears that they are willing to take a significant loss on the former Manchester City starlet.

Matondo had a productive season in Belgium, scoring nine goals in the top flight. And he has already made almost a dozen appearances for his country. Pep Guardiola has also previously lauded him when the 21-year-old was close to moving to Schalke as “very quick”.

However, considering some of the club’s past blunders in the market, some supporters will be apprehensive. Leeds will be quite familiar with Matondo. He is, of course, an international teammate of Tyler Roberts and Daniel James. So you’d think the duo would have been consulted about the 21-year-old. It will be intriguing to see whether Leeds pursue a deal for Matondo in the coming weeks.

Matondo could be a great squad player for Jesse Marsch given he has caught the eye of Victor Orta and several other English clubs. The deal would certainly be financially feasible for the Peacocks who are having a very busy summer with Marsch aiming to rebuild his squad this summer transfer window. It’ll be interesting to see the 21-year-old back in England after his impressive showings at the Manchester City academy.

– Minamino looks set to get reunited with his old boss, at Leeds!
– Nicolas Raskin – The Ideal midfielder for Jesse Marsch?