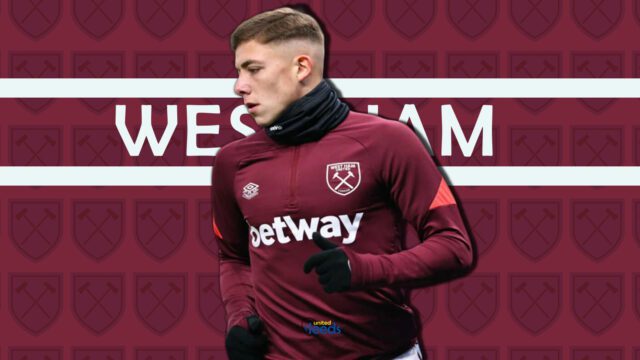 According to Alan Nixon of the Sun, Leeds United and Newcastle United are in the race to secure the signature of West Ham’s highly-rated youngster Harrison Ashby. Jesse Marsch’s side are the frontrunner as the Toons’ interest seems to have been cooled in recent days. West Ham are ready to offer the 20-year-old a new contract to extend his stay at the London Stadium though the final decision remains in the right-back’s hands.

Harrison Ashby is a Scottish right-back who joined the West Ham youth setup from Chelsea’s academy at the age of 9. He signed his first professional contract with the Hammers in 2020 and since then has primarily played for the U-21 side. His professional debut came last season as a substitute.

The right-back is an attack-minded fullback who likes to be involved in the attack and has great output in terms of goals and assists. Throughout his West Ham youth career, Ashby has made 54 appearances scoring 4 goals and assisting 9 times.

Leeds United are blessed in the right-back position with Luke Ayling, Cody Drameh, Stuart Dallas and new summer signing Rasmus Kristensen all competing for the starting spot. Ayling and Dallas are in their 30s and have been facing fitness issues lately as the Peacocks are enduring an injury crisis this season. Jesse Marsch has missed Stuart Dallas since the start of the season as the 31-year-old picked up an injury during the pre-season. The signing of Ashby will mean either Dallas or Ayling will depart the club in the near future as the Scottish defender will look to play second fiddle to Rasmus Kristensen.

Leeds will have to convince Ashby about their sporting project and long-term vision as the Scottish defender is highly rated within the club and luring him away could be a huge task for the Peacocks. With the injury to Ben Johnson, Moyes could look to include Ashby this season to play as the right back with no other first-team right back available. If the Ashby isn’t included in Moyes’ plans, the Hammers could look to cash in on the player and add a buyback clause to have an option of recalling their prized asset.