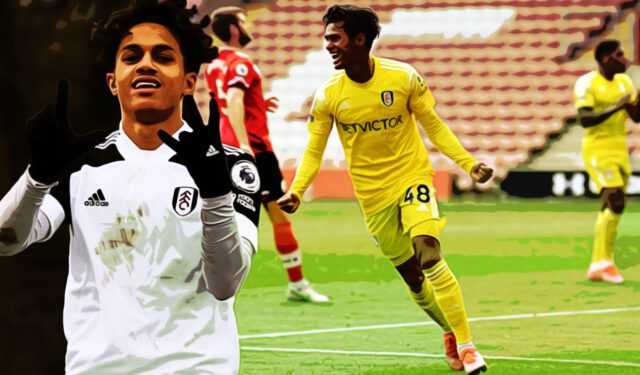 Marcelo Bielsa desperately wants to add depth into his squad. The Whites have so far completed six signings this summer and on behest of Bielsa they want to bring in more.

According to a report from the Daily Mail, Leeds United have now turned their focus on the Fulham youngster Fabio Carvalho. The 18-year-old has largely been impressive since he arrived at Craven Cottage. Though he came through the ranks at the academy, he has caught a lot of attention since the very early days of the academy.

It was in May 2020 that Fabio Carvalho penned down his first professional contract with the Cottagers. Since then he has been constantly playing for the youth team. The talented teenager has scored 33 goals in 82 games, and further laying off 19 assists so far.

Given his age, he has hardly been involved with the first team, making seven senior appearances for Fulham. Fabio Carvalho operates more as a no.10, even though he can also play as a winger on either of the sides.

Since Fulham is in the Championship, there are hardly any signs that they may get promoted into the Premier League any time soon given their performances. Fabio Carvalho has decided to not extend his contract at Fulham which ends in one year. Though Fulham have tried their best to convince him on the new contract, it seems like the 18-year-old has decided that he will not extend.

Leeds United have generated interest in him after the news broke out regarding his stance on the fresh contract. Not only Leeds but Norwich City, Porto and West Ham United have also expressed the desire to sign him this summer. With only around three weeks left for the closing of the transfer window, Leeds United must move quickly to land their man.