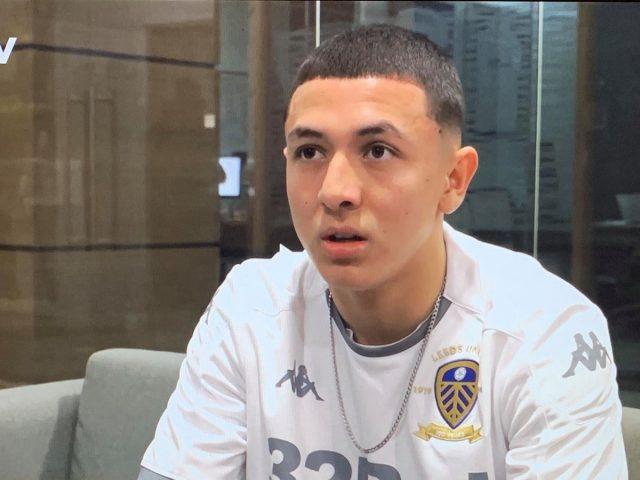 Former Leeds United player and current Matchday co-commentator on BBC Radio Noel Whelan has backed Ian Poveda to get a run of games and establish himself as a regular in the team.

The club is expected to be quiet in the January transfer window because of the players brought in earlier.

Leeds owner Andrea Radrizzani, Victor Orta and Marcelo Bielsa maneuvered their way during negotiations and should be happy with the capture of the likes of Diego Llorente, Rodrigo Moreno, Raphinha etc.

Their squad is constituted with both young and experienced players with focus on the future of the team.

Most of the players currently injured should be back from injury by the time transfer window opens in January, so the team should still be strong enough.

With the massive investment in this summer transfer window, Whelan expects Poveda to stake a claim for regular starting spot in the team come January.

The 20-year-old winger has played as substitutes in recent matches, but hasn’t started a match yet.

Poveda, former Manchester City player joined Leeds United January this year and there has been massive improvement in his game warranting Whelan to back him.

Whelan believes that Poveda looks stronger this season in his body and mentality. “He looks like he’s there to push people rather than just take up a bench place.”

Raphinha and Poveda who have been peripheral in the team will have a lot to offer as the season unfolds, which will affect the club’s performance in the January transfer window.